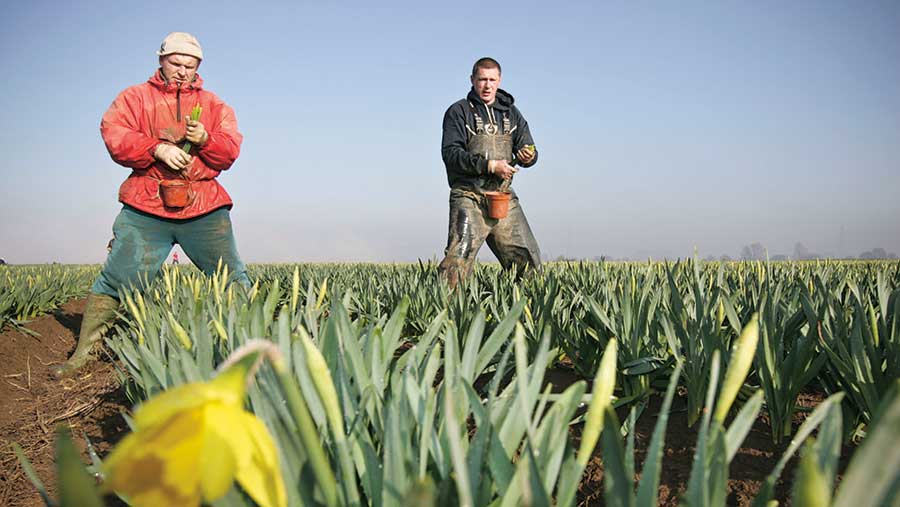 Labour shortages on UK farms are expected to be worse than forecast this summer because many growers are afraid of admitting they have a problem.

See also: How to attract and retain the best farm employees

Without a scheme to attract seasonal workers from abroad, the only hope was for sterling to strengthen, Ms Capper told the meeting at Stoneleigh Park, Warwickshire.

This would make it more attractive for people from overseas to come and work on UK farms, she added.

There had been a 17% shortfall in farm labour during late summer and autumn 2016, Ms Capper told the meeting on Tuesday (24 April).

This had grown to a 29% shortfall a year later and the situation was likely to be even worse this summer – although many growers were reluctant to admit they couldn’t recruit enough staff.

“There are no horticultural businesses without people,” said Ms Capper.

“But nobody wants to put their head above the parapet and talk about it because they don’t want to be seen as ineffective businesses by their retailers.”

Taking the year as a whole, some 60% of growers reported labour shortages in 2017.

And almost one in three growers had been forced to leave crops unharvested because they couldn’t find anyone to pick them.

Horticulture was a highly productive sector, said Ms Capper – but it needed access to labour if it was to realise its potential.

“If we can’t pick it, we aren’t going to grow it,” she said. “We are running a business, not a charity.”

At the NFU annual conference in February, Defra secretary Michael Gove acknowledged that the NFU had put forward strong and compelling arguments for a seasonal workers scheme.

But Ms Capper said she had since become more pessimistic that such a scheme would be introduced any time soon.

“All the apple and hop growers I talk to are petrified about this year, never mind about next year and the year after.

“And they are growing crops that they just can’t take out of the ground. Am I feeling optimistic about a date? No I am not.”