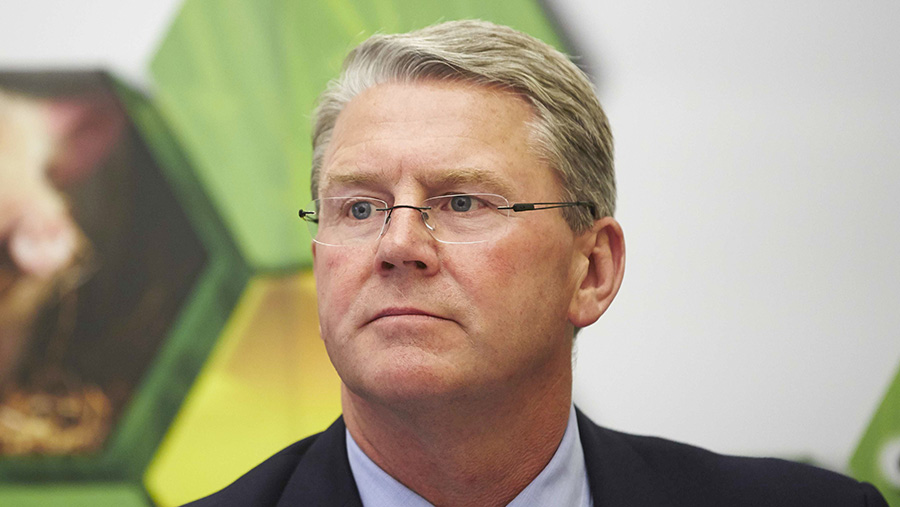 Farm leaders have been accused of scaremongering after warning that leaving the EU would be a risk too far for UK agriculture.

It comes after 42 industry leaders and prominent farmers wrote an open letter to The Times arguing the case for the UK to remain an EU member.

The “Farmers For In” group is being led by former NFU president Peter Kendall, who said a UK exit from the EU would be a “nightmare scenario, and one we must resist”.

The letter was headlined “Farmers back EU”.

The letter, which was published in The Times on Saturday (5 March), prompted a response from Hampshire farmer Charlie Flindt, published in the newspaper on Monday (7 March).

Mr Flindt said the letter suggested the signatories spoke for the whole industry. But it was not the case that all farmers wanted to stay in the EU.

“There are many of us who don’t,” wrote Mr Flindt.

“We don’t believe the NFU’s scare stories of a woefully subsidy-free existence after Brexit.

“We resent the absurdity of EU rules and regulations which serve no purpose other than to provide employment for inspectors.

“We resent having to tug our forelocks to EU agriculture commissioners who are free from any democratic mandate, but nevertheless are given the red-carpet treatment every time they visit”
Charlie Flindt, Hampshire farmer

“We resent having to tug our forelocks to EU agriculture commissioners who are free from any democratic mandate, but nevertheless are given the red-carpet treatment every time they visit.

“We look in awe at the EU’s inability to have a set of accounts signed off by auditors, and wonder how our bank managers would react if our farm accounts were kept to the same standards.”

Mr Flindt added: “Most of all, we stand astonished at the letter writers’ dire warnings of ‘uncertainty’ for the industry if we leave the EU.

“One certainty seems to have escaped their collective notice: being in the EU has done nothing to prevent the worst agricultural crisis in many decades enveloping UK agriculture.”

Industry commentators have warned that lack of clarity over potential UK exit from the EU is causing confusion amongst farmers.

Last month, Defra secretary Liz Truss told the NFU’s annual conference in Birmingham that leaving the EU would be “a leap into the dark” that would risk £11bn of UK food and farming exports.

But Defra minister George Eustice told the same conference that leaving the EU would result in an £18bn “Brexit dividend” that will allow the UK to continue supporting agriculture.

Paul Laird, a director at Buckinghamshire-based accountants The Fish Partnership, said lack of reliable information was affecting farmer’s abilities to plan for the long term.

Confusion at even the highest levels of government was damaging farmer’s confidence and denting growth, said Mr Laird.

“Contradicting messages like these from government ministers creates confusion in the agricultural market and sows the seeds of fear over what might happen to the sector if the UK leaves the EU.

“While it is unclear exactly what the outcome would be if the country did leave, what is obvious is that the lack of certainty over the future state of UK farming is having an effect on British farmers.

“This uncertainty is killing off any prospect of long-term planning and is forcing many to reconsider investments they had planned to make, hampering any chance of growth within the next year.”