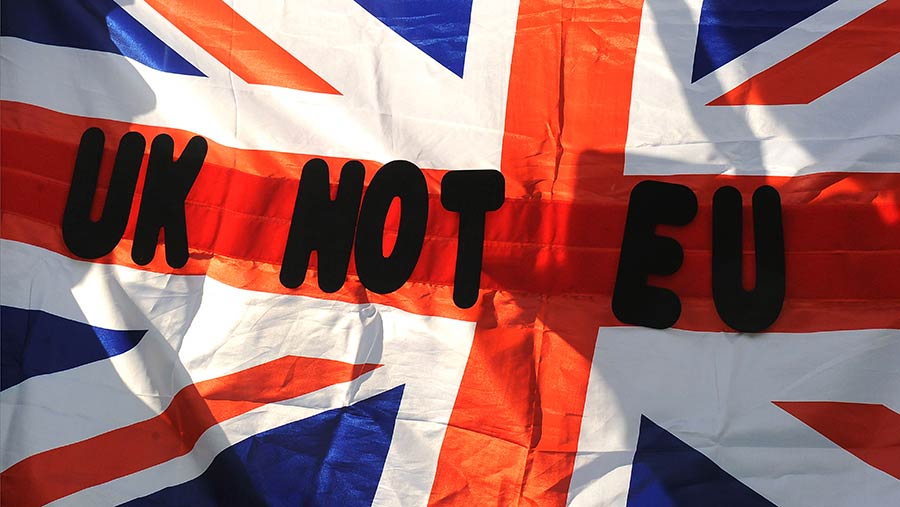 Farmers are demanding more information about how their businesses would be affected if the UK stays in or leaves the EU.

In the event of the UK leaving the EU, the impact on the future of British agriculture remains unknown.

Defra secretary Liz Truss has admitted her department has “No Plan B” for the farming industry if the UK votes to leave the EU.

Farmers and landowners say they are still being “kept in the dark” about what an EU exit would mean for their livelihoods.

They are calling on the government to provide some much-needed clarity ahead of the crucial EU referendum vote, which is widely expected to take place on 23 June this year.

Prime minister David Cameron headed to Brussels this week to meet European partners to secure a “renegotiation” ahead of an in-out vote on the UK’s membership of the EU.

The NFU, which has yet to announce whether it is in favour or against a Brexit, has called for “clear and accurate” answers from Mr Cameron about what a Brexit would mean for UK agriculture.

NFU president Meurig Raymond said: “If Britain is to stay in the EU then David Cameron must be clear. How will the UK’s position within the EU’s single market be made stronger?

“Will this week’s European Council lead to a commitment to create a globally competitive market with less red tape and compliance costs and better regulation for the benefit of British agriculture?

“British farmers must not go into an EU referendum without all the information. If Britain stays in the EU, we need to know what steps will be taken to make European agriculture more competitive.

“Will we be able to remove some of the blocks to progress – such as barriers to biotechnology?

“If we leave the EU, what will a British agriculture policy look like and what is the future of support payments? How will British farmers access the European market and will the UK be more open to imports from outside Europe?”

A number of reports have raised key issues about the effect a Brexit would have on UK agriculture.

Professor emeritus Alan Matthews, of Trinity College, Dublin, became the latest agricultural economist to highlight the “great unknowns” that farmers needed answering on the potential implications of a Brexit for UK food and agriculture when he addressed the AHDB Outlook Conference on 9 February.

Writing in his latest post on his CAPReform EU blog this week, Prof Matthews said: “In recent weeks there has been a steady flow of reports evaluating the possible consequences for UK farming of withdrawal from the EU.

“It is impossible to make any sensible evaluation, because no one knows the agricultural, trade, budgetary and regulatory policies that would be put in place if the UK did vote to leave in its referendum.”

Prof Matthews highlighted the many flaws of the EU as an institution, including a “wasteful and ineffective agricultural policy, which despite the worthwhile reforms in recent years, was “still not fit for purpose”.

Pleased to be speaking at AHDB Outlook conference in London today on implications of Brexit for UK farming https://t.co/27SIFBZpmH

But he said the EU remains a “powerful force” with its “collective action to achieve common goals more effectively than any one nation can do on its own”.

Farmers Weekly asked three farmers how they were likely to vote if the EU referendum was held tomorrow:

“I think it’s better the devil you know and we should stick with it. But I am concerned about what the EU has turned into. Brussels is making decisions and rules on all manner of subjects that really should be decided by our own government.

“If Britain had known what we know now when we entered the common market in 1973, we would never have entered it in the first place.

“But now we are in, we probably need to stick with it. But we must lay down a few rules and regulations if we are to remain in the union.”

“Definitely out. I think we would be better off outside of the EU. To my mind, they are not helping us at all.

“When we trade with other countries we have got to pay a levy on all our animals. I think that’s all wrong. Why should we?

“The problem is a lot of these countries are not interested in our beef cattle and sheep at the moment because the pound is too high for them.

“I don’t see why we should lose out on subsidies either. If we stopped paying these billions of pounds to the EU, the UK government would surely be able to give us a subsidy.

“Even if we were to lose our subsidies, food prices would likely go up a bit, which would be a good thing for farmers.”

“I am not sure. But what I do know is that the issue is far bigger than a bit of subsidy or acreage payments for agri-environment schemes.”

The NFU will host an open debate on Brexit on 24 February, day two of its annual conference in Birmingham. George Lyon, former MEP for Scotland, will be speaking for the Britain Stronger In Europe group, and Daniel Hannan, Conservative MEP for south-east England, will make the case for a Brexit.