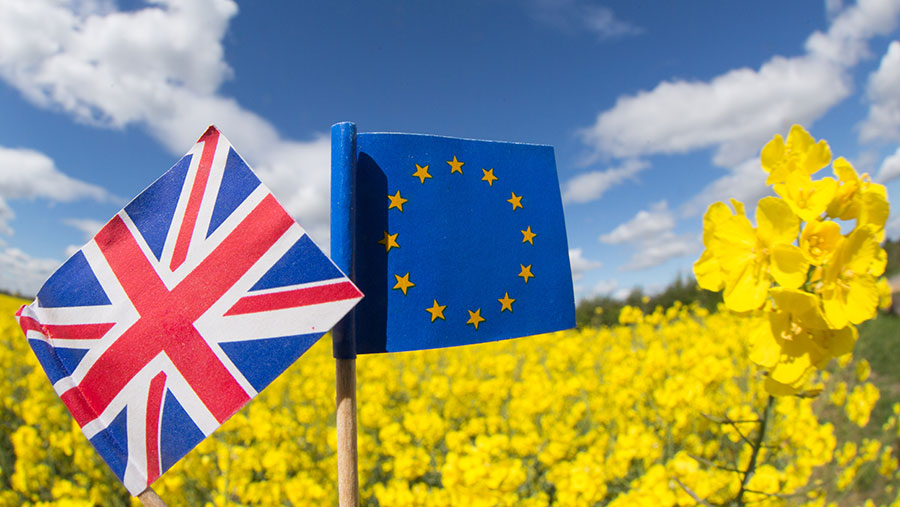 Farming unions are stepping up their demands for MPs to reject a no-deal Brexit on 29 March – or at any other point in the future.

The call from the NFU, NFU Scotland, NFU Cymru and the Ulster Farmers’ Union follows the latest defeat for prime minister Theresa May’s EU withdrawal agreement by a thumping 149-vote margin in the House of Commons on Tuesday (12 March).

See also: Find all our Brexit news in one place

This deal would have secured a 21-month transition period, during which time the UK would continue to trade as normal within the EU customs union, while still being able to leave the common agricultural policy and start negotiating its own trade deals.

But the issue of the so-called Irish backstop – which would tie the UK into the customs union and single market beyond 31 December 2020 should a more permanent trading relationship not be agreed – was enough to persuade a majority of MPs to reject the deal.

In the wake of this decision, the four main farming unions concluded there was “no realistic possibility of achieving an orderly departure from the EU on 29 March”.

“A no-deal exit from the EU (which would see the UK facing full tariffs on food exports to the EU), would be a catastrophe for British farming and food production, therefore some sort of extension of the Article 50 deadline will be necessary,” they said.

“This continued uncertainty is having real-world consequences on farming businesses – and wider British industry – already.”

The Food and Drink Federation described the result of Tuesday’s parliamentary vote as “another body blow for the country and the UK’s largest manufacturing sector”.

“As we teeter on the brink of the cliff edge, just 17 days away, confidence in our political leaders is almost gone,” said chief executive Ian Wright.

“We can only hope that members of parliament will now vote decisively – and act accordingly – to take a 29 March ‘no-deal’ exit off the table.”

The Farmers’ Union of Wales has said it would prefer to see Article 50 revoked altogether.

What are the next steps?

MPs are due to vote later today (Wednesday, 13 March) on whether or not to leave the EU on 29 March with no deal.

They are expected to reject this motion, in which case they will hold another vote on Thursday (14 March) on whether to seek an extension to the Article 50 negotiating period.

If that is agreed, the government will then need to request such an extension from the EU.

If this is rejected – and all 27 member states need to agree it – the default position is that the UK will leave the EU on 29 March with no deal, and revert to World Trade Organization rules, including the introduction of tariffs on exports to the EU.

The UK will also need to determine its own tariffs on any imports.

The government is due to publish that information on Wednesday (14 March) morning.

If there is an extension to Article 50 (which seems likely), the prospect of a no-deal Brexit remains, though the expectation is that momentum will switch towards a softer Brexit, a second referendum or even a general election.

An alternative would be for government to revoke Article 50 altogether, to effectively stop the clock on Brexit and buy more time for a fresh negotiation.

There is also the issue of the European election on 23-26 May. If the UK is still a member of the EU by then, it will, in theory, have to take part in those elections.