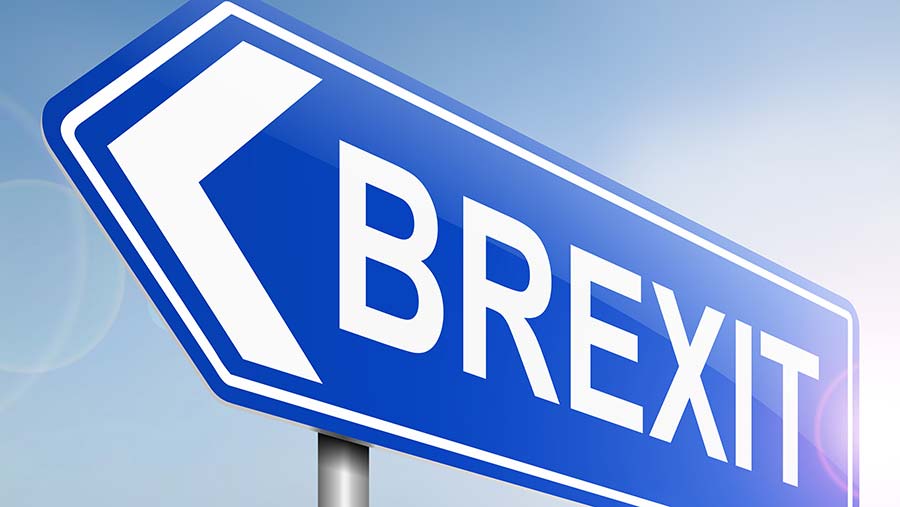 Farm leaders have welcomed the government’s proposed Brexit agreement – saying it paves the way for ongoing free and frictionless trade between the UK and European Union.

Published on Wednesday (14 November), the draft withdrawal agreement includes a 21-month transition period after the UK leaves the EU on 29 March 2019.

During this time, the UK would continue to follow all European Union rules while both sides try to work out a longer-term arrangements, including a trade deal.

NFU president Minette Batters said: “Since the EU referendum, the NFU has maintained that free and frictionless trade for British farming is absolutely critical.”

It enabled British farmers to provide safe, traceable and affordable food while adhering to some of the world’s highest animal welfare and environmental standards.

Ms Batters said: “It is critical that we avoid the mayhem of a no-deal Brexit in March next year.

“This withdrawal agreement paves the way for a transition period that maintains free and frictionless trade with the EU, and provides stability for farmers and the wider economy.”

The next stage in the Article 50 process is for the EU and UK political leaders to approve the proposed agreement before it is ratified by their respective parliaments.

But already on Thursday morning (15 November) it became apparent this is going to be no mean feat, with a number of cabinet resignations, including the UK’s Brexit secretary, Dominic Raab.

Even if it gets through parliament, Ms Batters said there is still a huge job to be done in negotiating the details of the UK’s future relationship with the EU.

It is vital to maintain free and frictionless trade, allow continued access to overseas labour where needed, and support farmers in providing jobs and driving growth in rural communities.

At the same time, farmers must be able to provide the raw materials for a domestic food industry that employed 3.8 million people and generated £113bn in value for the UK economy.

Ms Batters said: “I hope this withdrawal agreement will now pave the way to negotiating a future relationship that secures all of these vital objectives.

“I would urge all involved to remember the importance of British food and farming when considering their support for the new agreement.”

Despite the draft agreement, Food and Drink Federation chief executive Ian Wright said a no-deal Brexit remained a real possibility – and it was important to plan for every eventuality.

“Food and drink manufacturers will have to continue planning for a variety of scenarios until our politicians have cast their judgement on the suitability of this deal,” he said.

Mr Wright added: “This will result in businesses incurring significant costs and devoting additional time and effort to such endeavours.

“Until the withdrawal agreement implementation bill receives Royal Assent, the spectre of a no-deal Brexit looms large over our industry.”

Farmers Union of Wales president Glyn Roberts said the best way to minimise disruption and economic damage to agriculture was to remain in the customs union after leaving the EU.

“Anything that falls short of that will bring with it obstacles in terms of trade and other issues, with inevitable consequences for our industry and economy,” he said.

The draft withdrawal agreement may be a step in the right direction, said Mr Roberts.

But a detailed examination of its 585 pages was needed to decide whether that step was significant enough to mitigate any of the extreme risks faced by the farming industry.