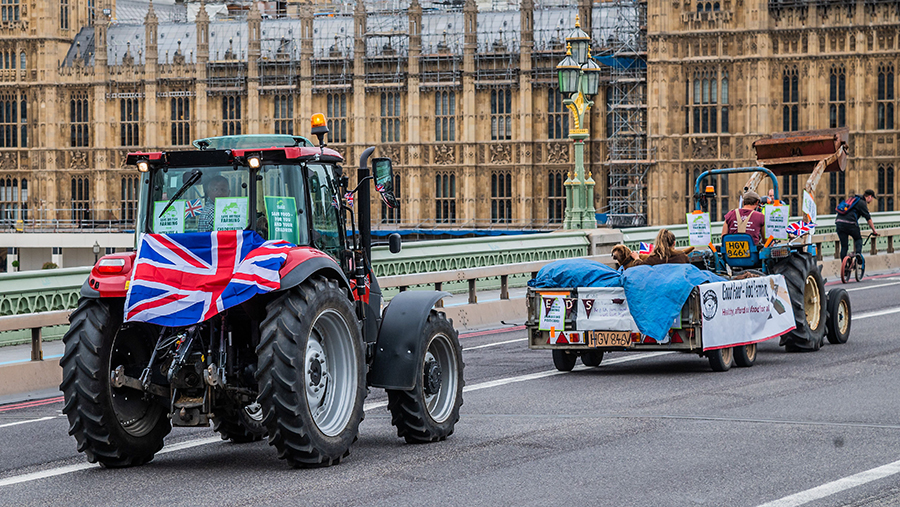 Campaign group Save British Farming (SBF) is seeking farmers’ views on the Agriculture Bill and whether they are satisfied with the UK government’s position.

The House of Commons this week voted against a Lords amendment to the bill, which by law would have required imported food to meet UK animal welfare and food safety rules.

MPs were also denied a vote on a second amendment – which would have increased the scrutiny powers of the Trade and Agriculture Commission – after ministers argued it would result in extra costs to the public purse.

The bill now returns to the House of Lords, where peers have until Friday 23 October to redraft or retable amendments before sending it back to the Commons in early November.

SBF founder Liz Webster told Farmers Weekly the group’s online survey is a “temperature test” to find out how farmers feel about the Agriculture Bill and the effect it will have on their future. It’s also an opportunity for the group to connect with more farmers, she added.

Are you a farmer?

“Farmers are feeling let down and politically homeless – they don’t know where to turn,” said Mrs Webster. “The responses we have had so far are telling us they feel lost, angry and betrayed by this government.”

Farmers drove their tractors to Westminster in London on Monday (12 October) for a second SBF demonstration in the capital after a previous demo took place in July.

The group fears the failure to enshrine high-quality food safety and animal welfare practices in UK legislation will flood the domestic market with cheap food imports that risk undercutting British farmers and their livelihoods.

Are you a farmer?

SBF is planning to stage more tractor demos across the country in the coming days, including in Shropshire and Wiltshire, to increase public awareness of this important issue and ramp up the pressure on parliament to legislate in this area.

“We are not going to give up. We want to find a way forward,” said Mrs Webster. “We have got to find a way to navigate through this so that all is not lost.”

But a government spokesperson insisted that chlorinated chicken and hormone-fed beef would not be allowed into the UK under any trade deals signed with the US or other countries.