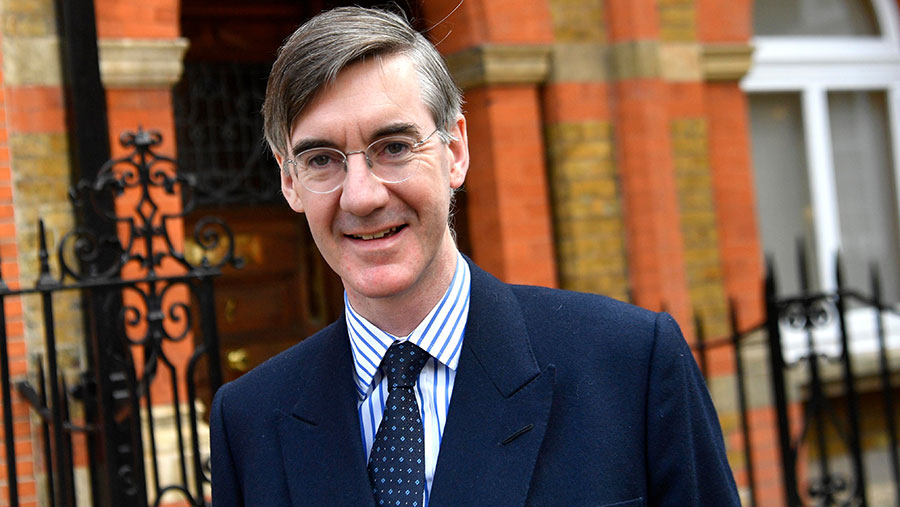 Conservative MP Jacob Rees-Mogg has been slated by farmers after suggesting that consumers can look forward to cheaper food after Brexit – potentially.

The suggestion on his Twitter account has infuriated British farmers, who say their livelihoods would be destroyed if the government pursued a cheap food strategy after Brexit.

Cheaper food, clothing and footwear are all potential Brexit benefits.https://t.co/AyW7QeWqNm

Farmers have questioned why the UK government would feel the need to drive food prices even lower, saying this would risk putting them out of business.

UK consumers spend an average of 8% of their total household income on food, which is less than all other countries besides the US and Singapore, according to market research firm Euromonitor.

Mr Rees-Mogg is one of a number of leading Conservative Brexiteer MPs and former MPs who have suggested that exiting the EU will allow the UK to strike our own trade deals and import cheap food.

Others to have made the claim include international trade secretary Liam Fox, and North Shropshire MP and former Defra secretary Owen Paterson.

However, current Defra secretary Michael Gove has told farmers that the UK government will protect them against cheap food imports by insisting that food imports must meet British standards after Brexit.

And in the event of a no-deal Brexit, Mr Gove said tariffs would be applied to food imports to give farmers “specific and robust protections for farming”.

Here are a selection of tweets from farmers and industry leaders attacking Mr Rees-Mogg for his assertion:

Lincolnshire farmer Andrew Ward (@wheat_daddy) said: “The way we are losing active ingredients at the moment there won’t be any farmers left to produce that affordable food the consumer has become used to.”

Phil Bicknell (@thevalleyfarmer) said: “Disagree. I don’t think you can find substantially cheaper food (if you can, at what cost?). And then no-deal means you put barriers up to trade (non-tariff) which means added cost to the food we import. That pushes up prices in my view. And that’s before you think currency.”

Abi Reader (@AbiReader), who milks 180 head of cattle at a dairy farm in south Wales, said: “What about us? Do we suddenly not matter? Myself & my cows produce you #milk We deal with over 100 local businesses We maintain our beautiful landscape And we tell our food & farming story in schools & events #BackBritishFarming.”

How much cheaper does he want it? Or perhaps the food industry are putting too much on the farm gate price

I think it's time @Jacob_Rees_Mogg shoves his thoughts, along with his arrogance, up his tight, old Etonian arse