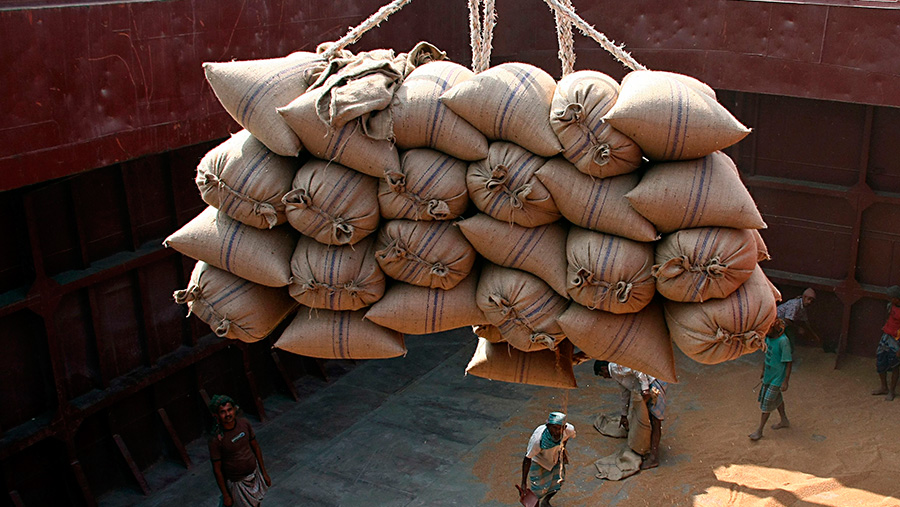 British farmers will face a rising tide of cheap food imports and lower subsidies after the UK leaves the EU, a Labour MEP has warned.

Farmers should brace themselves for less support after 2020, Paul Brannen told a NFU fringe meeting at the Labour Party conference in Liverpool on Monday (26 September).

“It is nigh on impossible in this country – with the level of urban communities that we have – to expect and to envisage that after 2020 there is still going to be a £3bn subsidy for farming.

“It is going to decline.”

How quickly subsidies declined would be part of the public debate, Mr Brannen told farmers and conference delegates at the Novotel Liverpool hotel.

But he added: “There is going to be less money around.”

Agriculture would have to compete for public money with the NHS, said Mr Brannen, who is is a member of the European Parliament agriculture committee.

He added: “It is going to be a really, really tough battle to keep anywhere near the level of subsidy you’ve currently got after 2020.”

It is going to be a really, really tough battle to keep anywhere near the level of subsidy you’ve currently got after 2020 Paul Brannen, Labour MEP

Farmers would increasingly have to compete against a rising tide of cheap food imports from countries such as New Zealand, Mr Brannen suggested.

“That’s why we have to grow the number of British customers who are willing to pay extra to support British farming,” he added.

A big campaign and public education exercise was needed to get people to realise and understand that cheap food brought with it lower animal welfare and environmental standards.

“We need to get on the front foot and win that debate,” said Mr Brannen.

“But if we expect the level of subsidies to continue and it will all be fine, I don’t think it will be – under any government, a Labour or a Conservative government.”

Even so, Mr Brannen said it was important that agriculture had a future. Without farmers, it would be impossible to protect the environment, he warned.

“Farmers are the gatekeepers to looking after the environment.”

Other people did very important work but the farming community was a key player when it came to looking after the rural landscape and environment.

“There is currently a high level of subsidy, which comes from the CAP and it comes, if you like, from the farmer’s point of view, with strings attached.

“If there is going to be any subsidy going forward – and let’s hope that there is – there are still going to be strings.”

Farmers who voted to leave the EU because they thought it would get rid of all the paperwork were missing the point, said Mr Brannen.

“If it is a public subsidy which comes from either Brussels or from Westminster, it will come with paperwork – because the tax payer isn’t going to give out money to farmers willy-nilly.”

The “big ask” from the British public was for farmers to look after the environment while they were producing food, said Mr Brannen.

NFU vice-president Guy Smith it was important – and possible – to reach a balance between environmental protection and food production.

But Brexit would have failed if it resulted in a policy framework that in some way encouraged more food to be imported while UK farmers were going bust.