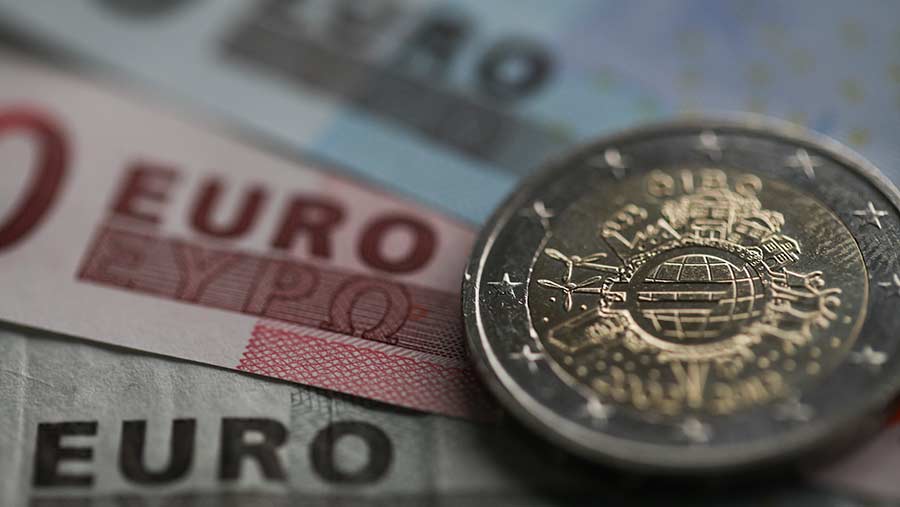 Farmers are being urged to use the boost in incomes caused by weaker sterling to prepare their businesses for life after Brexit.

Commodity prices have strengthened following the drop in the value of sterling since the UK voted to leave the EU in June.

Basic payments due this winter will also be higher than expected due to the recent weakening of the pound.

Peter Kendall, chairman of the Agriculture and Horticulture Development Board, said growers and livestock producers should use the “honeymoon period” to ready their businesses for the different world that Brexit would entail.

He said: “It is important that farmers do use the opportunity of the boost given by the falling pound, the increase in commodity prices and the [government’s] commitment to maintain direct payments until 2020 to take a cold, hard look at their businesses.”

“The prospect of a more difficult trading environment and less direct support is the sort of backdrop farmers should be thinking about as they plan their businesses.”

Brexit was an opportunity to forge a bespoke agricultural policy better suited to UK needs than the CAP, acknowledged Sir Peter.

But until future trading arrangements were clearer, it was difficult to know who British farmers would be competing against – and to what extent.

Jonathan Armitage, head of agribusiness at Bidwells, said farmers must be ready for the challenges they would face post-Brexit.

The next two years would be vital for agriculture and the sector must do all it could to bump itself up the list of government priorities, he warned.

“In the longer term we can expect reduced levels of direct aid, but there are also some areas where we expect funding to continue such as wildlife, landscape, helping with productivity and dealing with volatility areas with particular hardship.”

And although some farmers hoped that an exit from the EU would bring less red tape, this was unlikely to be the case.