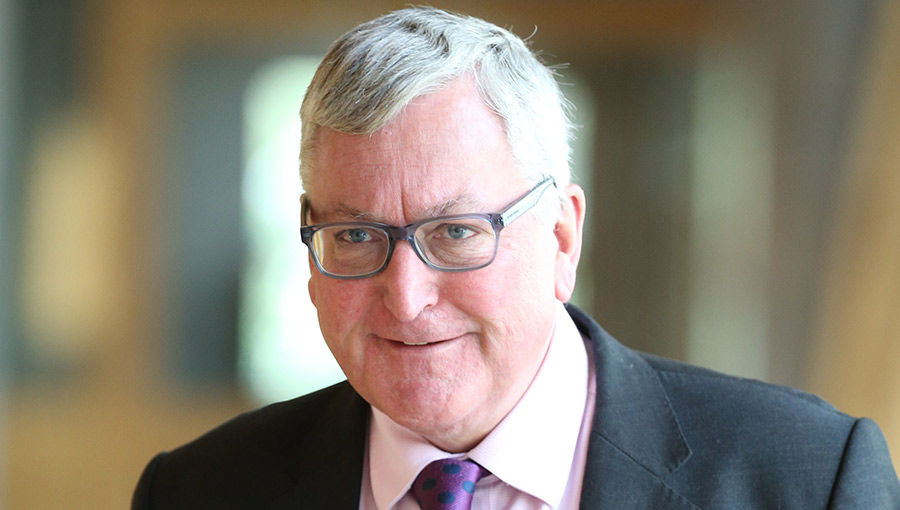 The UK government must be held accountable for any losses incurred by farm businesses in the event of a no-deal Brexit, Scotland’s agriculture secretary has said.

In a media briefing at the NFU Scotland conference on Friday (8 February), Mr Ewing accused the government of “acting recklessly” by not taking no-deal off the table – either by agreement with the EU to extend the negotiating period or by revocation of Article 50.

“Why are they not doing so? Because they want to stoke the Brexit fire to encourage people to jump into the prime minister’s Brexit deal frying pan,” he told reporters.

“Nobody is going to vote for the PM’s deal unless there is this fear of a potentially catastrophic scenario. Taking it to the wire… that’s gambling with people’s lives.”

Mr Ewing said many Scottish farmers and crofters were already struggling to survive amid all the Brexit uncertainty.

But if the UK government were to allow a no-deal Brexit, which could trigger a collapse in lamb prices, they “would be responsible for all financial losses sustained by businesses, not just additional costs to government”.

Sheep farmers are particularly at risk under a no-deal Brexit, with UK sheepmeat exports worth £390m each year, and with nearly 90% of this destined for the European market, the prospect of tariffs as high as 45% to 50% being imposed on these exports would be devastating.

Mr Ewing also called on Mr Gove to include a provision in the Agriculture Bill that protects domestic food from cheap food imports post-Brexit.

‘Make the case for farming’

Meanwhile, NFU director general Terry Jones told the conference that UK farmers faced an “uncertain future” after the UK government announced plans to phase out direct support from 2021 to 2027.

This was in stark contrast to EU farmers, who would face a modest reduction of 1.9% on average in direct payments over the same period.

“Together, we need to make the case to the Treasury that any government, to serve the interests of its people, needs to invest in the domestic food supply,” Mr Jones said.