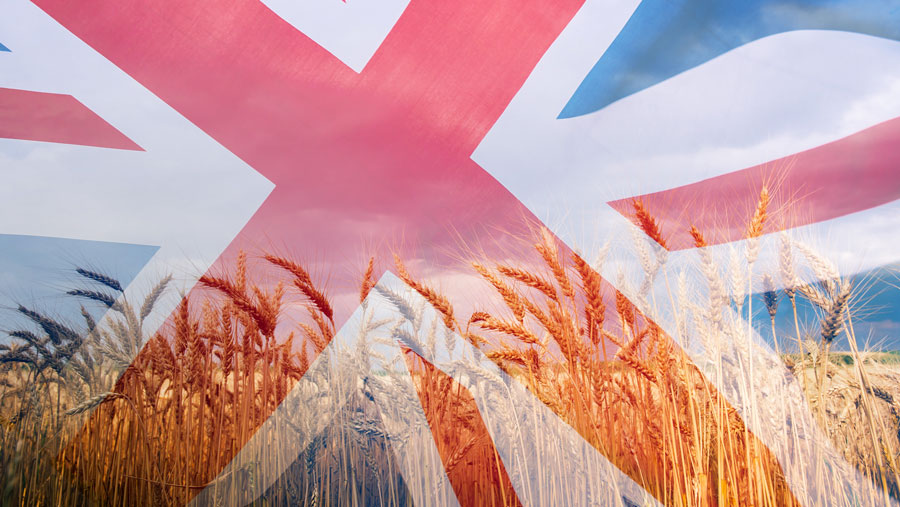 A government watchdog to give farmers a stronger voice on food standards and UK trade policy is to be placed on a full statutory footing.

It follows a campaign by industry leaders who say UK farmers would be undermined if post-Brexit trade deals result in substandard food imports.

But some campaigners and groups say the move does not go far enough.

Farm leaders have fought a long-running battle against food imports produced using production methods that would be illegal in the UK.

They argue that cheap, substandard imports would undermine farmers’ livelihoods – as well as being bad for consumers, the environment and animal welfare.

Now the government has announced that its Trade and Agriculture Commission (TAC), set up this summer to scrutinise trade deals, will be placed “on a full statutory footing”.

The government has previously said the commission would only be advisory and on a temporary basis.

The decision was announced by Defra secretary George Eustice and International Trade Secretary Liz Truss in an article for the Mail on Sunday (1 November).

Mr Eustice has tabled an amendment to the Agriculture Bill – which will be debated this week – to bolster parliamentary scrutiny of free trade agreements.

It will place a duty on the government to report to parliament on the impact of trade agreements on the maintenance of food, welfare and environmental standards.

Mr Eustice and Ms Truss have also repeated their pledge that promoting and supporting the interests of UK farmers will be a priority in every trade deal.

“Crucially, too, our food, animal welfare and environmental standards will not be undermined,” they add.

“Chlorinated chicken and hormone-injected beef are already banned in the UK and we will not negotiate to remove that ban in a trade deal.”

Earlier this year, more than one million people signed an NFU petition calling on the government to protect British food standards.

NFU president Minette Batters said the government announcement would be hugely welcomed by farmers, growers, and the British public alike.

“This significant commitment to primary legislation on food standards, both in the Agriculture Bill and Trade Bill, is exactly what we have been calling for,” she said.

“It is a landmark moment for the people of the UK, for our countryside and the future of the food on our plates.

Other food and farming campaigners were more cautious.

Vicki Hird, sustainable farming campaign co-ordinator at Sustain, said she was not celebrating a “win” because the announcement did not go far enough.

MPs still needed to have a final say on trade deals, she suggested.

“Any process of ministerial reporting to parliament – with no clarity on who will be consulted and how parliament can act on the report – is far from enough.”

Food and Drink Federation chief executive Ian Wright, who is a member of the Trade and Agriculture Commission, said other suppliers needed their concerns heard too.

“The commission has already shown its capacity to bring laser-like focus to the debate on food standards and trade,” said Mr Wright.

“However, it is important that the whole food supply chain is engaged in the scrutiny of the UK’s future trade policy.

“Farmers represent one part of the food supply chain, but it is important that its other voices – manufacturing, retail and hospitality – are equally represented and heard.”