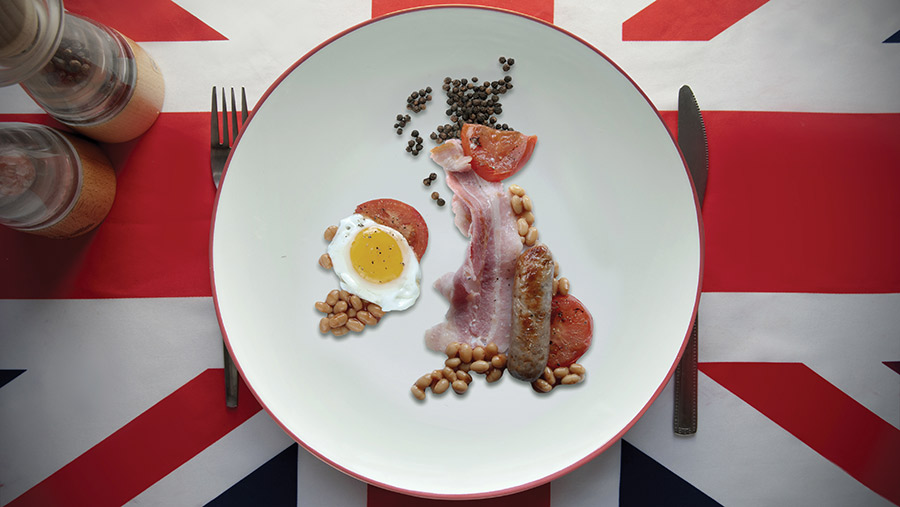 Grassroots farmers are being invited to join some of the sector’s leading lights to lobby their MPs, to persuade them to back British food and farming standards when the Agriculture Bill returns to the House of Commons next week.

Supported by campaign group Sustain, farmers are being invited to co-sign a letter over the weekend, which will then be sent to all MPs, or email them direct.

See also: All is not lost in fight over food standards, says FW

The letter comes as celebrity chef Jamie Oliver prepares a major push on social media next week to highlight that poll after poll has shown that the British public wants to see food standards protected.

The initiative follows the repeated refusal of Conservative MPs to back amendments to the Agriculture Bill that would make it illegal to import food under future trade deals which do not match UK production standards.

Tory MPs have also blocked attempts to ensure that any reports and impact assessments produced by the new Trade and Agriculture Commission are properly scrutinised by the House of Commons.

Farmers can lend their voice to the letter by signing up here and can also use this link to email their own MP directly.

The ‘back British food standards’ letter in full

We are a group of farmers calling on MPs to enshrine our environment, animal welfare and food standards that we are proud to work to, in the Agriculture Bill.

Various trade and legal experts have said it is possible to follow international trade laws and restrict low-quality imports. The government should explore this route. We also know that farmers in developing nations already trade with us on our terms and that high standards are good for all parties involved. We should not sign trade deals that encourage a race to the bottom for farmers anywhere.

Importing low-quality agri-food products presents the prospect of pushing British farmers over the cliff-edge and further degrading the environment. Neither we nor the public want this, as repeated surveys and petitions have shown.

By enshrining standards into law, MPs will be providing the bedrock from which British farmers and food producers can build a more sustainable and thriving future. Surely this is something that you want to champion.

Vicki Hird, head of farm policy at Sustain, said: “Failing to protect UK food standards could push UK farmers and workers out of business, leaving them with no livelihood.

“It is baffling that a UK government would even contemplate doing this, let alone in the middle of a pandemic and as the Brexit deadline looms.

“Farmers are rightly angry and are demanding that their MPs back them in the Commons.

“UK consumers have also made their views known; millions of them have contacted their MPs or signed petitions demanding their food standards be written into law.”

Leicestershire farmer and Farmers Weekly columnist Joe Stanley has already signed the letter, as have Jimmy Doherty from Suffolk, Helen Browning from Wiltshire, and James Rebanks from Cumbria (see panel, below).

“Our food standards matter to each of us, three times per day; there’s no more intimate commodity,” said Mr Stanley.

“Don’t accept your MP voting to open the floodgates to the dregs of the global food system, to inundate our homes, schools and hospitals with food it would be illegal to produce here.

“Contact them today and let them know that you want them to uphold our world-leading standards in future trade deals.”

Who has signed so far?