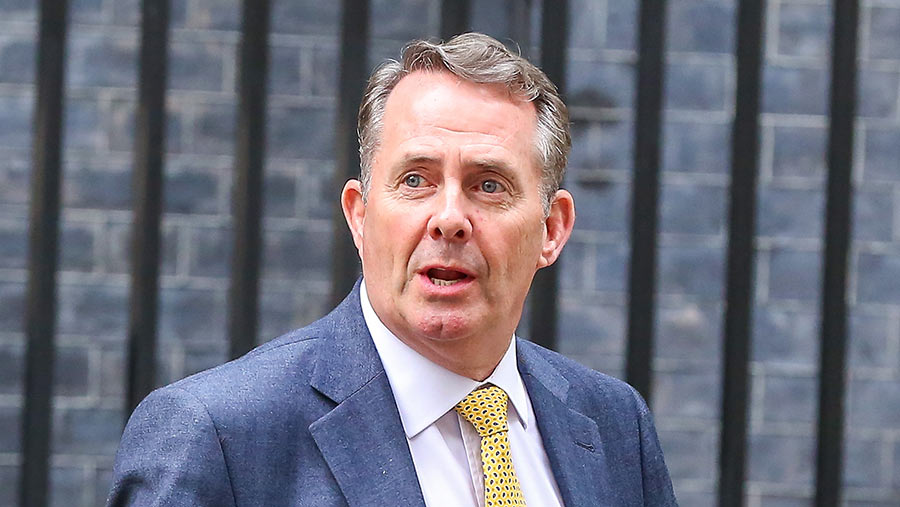 The claims were made in an article on business news website, Business Insider, which claimed the trade secretary was plotting to scrap EU food standards to win a Brexit trade deal with US president, Donald Trump.

It quoted government insiders as saying plans were afoot to use so-called Henry VIII powers as the Trade Bill passes through parliament to avoid a parliamentary vote on the issue, and enforce the changes by statutory instrument.

This could then open the way for US chlorine-washed chicken and hormone-injected beef to enter the UK market, as part of a prized free-trade deal with the US, the website suggests.

In a tweet, Mr Fox denied the rumours. “I have consistently said that there will be no lowering of UK food standards. To suggest otherwise is completely untrue, false and #fakenews.”

But the suggestions are not entirely new, as Dr Fox was reportedly sympathetic to allowing US products in as part of a trade deal when he was in Washington last year.

NFU deputy president Guy Smith said the prospect of imports coming into the UK produced to lower standards post-Brexit was a serious threat to the economic viability of British farmers, and demanded categorical reassurance from the trade secretary that this would be not be allowed.

“Our concern is that, when Dr Fox talks about maintaining UK farm standards, he falls short of saying he will not do trade deals that allow countries that don’t meet those standards to have access to our markets.

“We need those reassurances in clear, unambivalent language. British farmers should not be expected to compete with imports produced by farmers with lower costs due to different regulation.”

Kath Dalmeny, chief executive of food and farming alliance Sustain, said she was “furious” the topic of allowing lower-standard imports was even being discussed in the department for international trade.

“The Henry VIII powers were supposed to be about making minor amendments to EU legislation, not facilitating a bonfire of our food standards,” she said.

“If this goes ahead, consumers simply won’t know if they’re being sold chlorine chicken or hormone beef. We need to keep this low-standard, low-animal welfare meat out of our food chain.”

Green MEP Keith Taylor said Dr Fox’s alleged plans served as a powerful argument for a second referendum on the terms of any final Brexit deal.

“Nobody voted for chlorinated chicken and hormone-injected beef, nor was it slapped on the side of a big red bus during the campaign,” he said.

“As Greens, we will continue to fight for a People’s Vote and against a race to the bottom on environmental, consumer, food safety and animal welfare standards.”