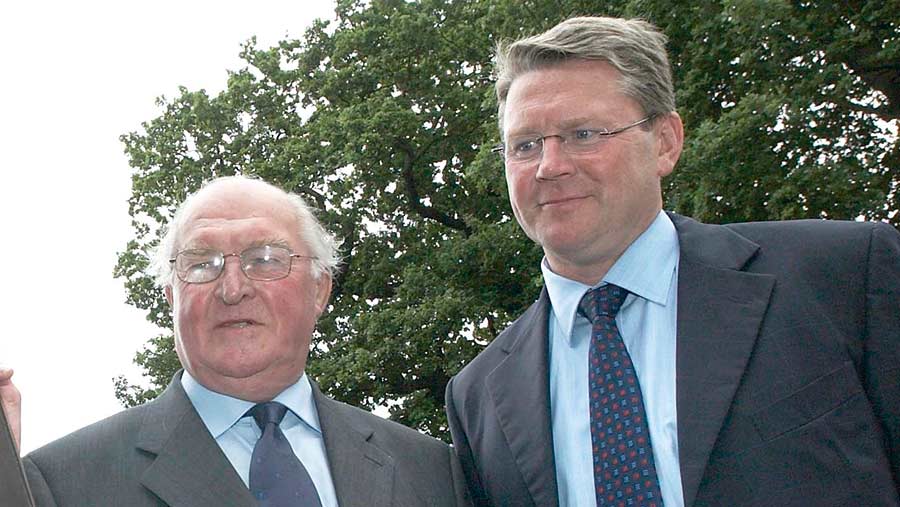 Leaving the European Union would put the UK’s access to vital farm subsidies and free market trade at risk, warn some of the country’s most prominent farm leaders.

Forty-two leading figures from the UK agricultural industry signed a letter published in The Times on Saturday (5 March), calling for Britain to remain in the EU.

Launching the “Farmers for In” campaign, alongside a host of farmers from around the UK, the signatories argue that leaving the European Union would be a “risk we cannot afford to take”.

The letter argues: “The European single market accounts for 73% of Britain’s agri-food exports and gives us access to a market more than twice the size of the USA.

“Outside the EU we could keep all or some of this market, but we would have to abide by EU regulations without a say in their formation and pay into the EU budget without receiving EU payments in return. We’d pay, but have no say.”

Former NFU president Sir Peter Kendall said: “Being part of the world’s biggest trading block is crucial to the future of our farming and food industry.

“Not only does it give us direct access to 500 million of the richest consumers in the world, but more EU free trade agreements with more than 50 countries mean we can sell into burgeoning markets across the globe.

“Environmental threats cross borders, so do the animal and plant diseases which endanger food supplies, and market volatility isn’t just a problem for British farmers.”

Sir Peter added: “It is pointless trying to tackle these challenges unilaterally, at a country level; only by working together with other member states – with common standards and thresholds – will we give farming the security it needs in today’s uncertain landscape.

“I won’t pretend the EU is perfect but I’m convinced that as farmers we’re stronger, safer and better off inside.”

Former Defra farm minister Sir Jim Paice said: “Farmers have had the certainty of the CAP behind them and while it has many faults it is helping them through the current crisis of falling prices.

“Inside the EU we gain from the strength of farmers elsewhere; outside we would be of little importance in a country where very few people and even fewer politicians have links with farming.

“To pretend as some do that we would get better treatment is cloud cuckoo land.

“While we might be able to abolish some EU regulations it doesn’t mean they would not be replaced by UK ones to address the same issues.

“Farmers need the EU not just for support but for free access to our main export market; leaving Europe would put it all at risk.”

Scottish Lib Dem MEP George Lyon, a former NFU Scotland president, said the UK farming industry was much stronger and better off inside the EU.

He added: “The Common Agricultural Policy is far from perfect, but at least it gives us a level playing field on farm support, safety nets at times of crisis, access to markets and the same rules on SPS and marketing.”

Jilly Greed said: “There have been claims from some Brexit MPs that UK food prices could fall by up to 17% if the CAP was scrapped. Spending on food as a share of total income has already fallen substantially through aggressive discounting between supermarkets.

“An unsupported farming industry would be a disaster for consumers, producers, food processors and manufacturers alike, with already squeezed farmgate prices plummeting in the struggle to compete with increased volumes of cheap imported food, produced to lower standards of product safety and animal welfare.”

But opponents, including Defra farm minister George Eustice, claim that the UK and its farming industry have nothing to fear from leaving the EU.

Mr Eustice outlined his ideas for a “Plan B” exit from the European Union at last month’s NFU Conference.

“We would do far better as a country if we ended the supremacy of EU law and actually shaped new, fresh thinking and created policies that would really deliver for our agriculture,” said the minister.

Ukip’s agriculture spokesman, MEP Stuart Agnew, believes the UK farmers would be better off outside the EU because they would benefit from less red tape.

Mr Agnew has proposed a modified SFP system with an £80/acre payment to lowland farmers, less pro-rata on uplands, to be capped at £120,000/holding or 1,500 acres, if the UK left the EU.

“There will be no more debating on this figure, no greening, no set-aside and no interference in your cropping,” said Mr Agnew.