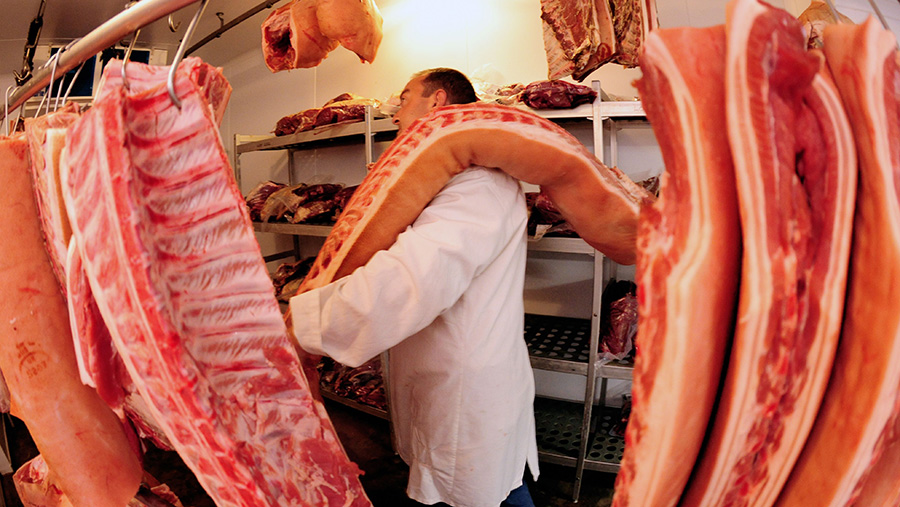 British livestock farmers need a “constructive” trade deal with the EU after the Brexit vote, according to AHDB.

Jean-Pierre Garnier, head of exports for AHDB Livestock, said the sector had to fight its corner in the upcoming negotiations.

Last year the UK shipped just under a third of its pork production abroad, with 70% heading for other EU countries. Just under a fifth of the country’s beef was exported, with 92.5% destined for other member states.

The reality is there are far too many unknowns right now Jane King, AHDB chief executive

The latter would require a large effort from Defra to match current EU hygiene regulations.

“We need the EU,” he said. “If we get a constructive trading agreement, we will be flying again.”

Mr Garnier said pork exports were the “great story”, with offal shipments up 101% year-on-year in 2016 so far and pigmeat shipments 18% higher.

But harder efforts are needed for beef and sheep, where high-value exports to the continent dominate, he said.

The Brexit decision also brings into doubt the future of a joint EU marketing campaign for lamb, worth €6m across six countries, which ends next year.

“There will be issues with continental retailers and negative reactions from European consumers regarding sheepmeat in particular,” Mr Garnier said.

In a change to the conference schedule made after the Brexit vote, AHDB chief executive Jane King made a short speech outlining AHDB’s reaction.

She said the industry had to brace itself for more volatility. The levy board will focus on two areas: supplying necessary information on what is happening for levypayers and helping industry and government to get the best trading environment both with the EU and beyond.

“The nation’s decision to leave the EU is undoubtedly a game changer for UK farmers and growers,” Ms King said. “It may have profound repercussions for our industry.”

“The reality is there are far too many unknowns right now.”