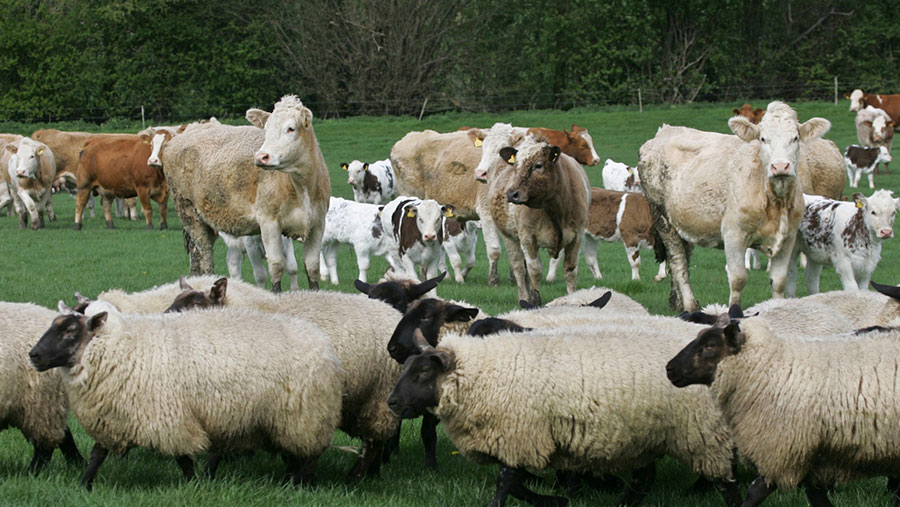 Top farmers are quitting beef and sheep production because they can’t see a future for the sector after the UK leaves the EU, the government has been warned.

Farmers at the “top of their game” were getting out of beef and lamb, Ms Hallos told Defra secretary Michael Gove during a Brexit workshop on Monday (30 April)

Co-hosted by Defra and the NFU, the workshop was held so farmers could give Defra policymakers their views on plans to radically reform UK agricultural policy post Brexit.

Farmers have until 8 May to make their views known on the proposals.

Defra plans to replace direct payments with a new system of support largely based on rewarding farmers who undertake environmental measures instead.

But Ms Hallos, said award-winning producers – some who had been successfully rearing livestock for generations – couldn’t see a way forward.

She told Mr Gove: “On our own farm, we have changed our entire business model to fulfil environmental requirements on our farm.

As well as producing beef, Ms Hallos said she worked in collaboration on environmental projects with Yorkshire Water, the RSPB and Natural England.

But she added: “It still doesn’t pay.”

Producers getting out of beef production include Richard Tudor, who won the 2016 Farmers Weekly Awards Beef Farmer of the Year.

Mr Tudor, who farms at Llysun Farm, Llanerfyl, near Welshpool, is replacing his beef herd with 300 dairy cows in a bid to stay profitable after Brexit.

Other livestock farmers fear their businesses will be unable to survive without direct payments – which often account for more than half their annual income.

Yorkshire beef and sheep farmer Rosey Dunn asked how she would be able to replace her £24,000 annual basic payment once support is switched to environmental measures.

“That is a vital part of my income,” said Ms Dunn, who farms at North Carlton Farm, Stockton on the Forest, near York.

Without lowland farmers, upland beef and sheep producers would have no-one to sell their animals to for finishing, she added.

Livestock producers have voiced about the prospect of export tariffs on beef and lamb should the UK fail to negotiate trade agreements with other countries after it leaves the EU.

Last year, UK Brexit secretary David Davis conceded that British dairy and livestock farmers could face tariffs of 30-40% if the UK leaves the EU without a trade deal.

Responding to Ms Hallos, Mr Gove said acknowledged livestock farmers had it “toughest at the moment” – whether they were upland or lowland producers.

Upland farmers were operating on the tightest of margins and were acutely reliant on current agricultural support in order to keep their businesses going.

‘Best in the world’

“That is why it is critically important to ensure we have the right export markets for sheepmeat in order to provide a future and a lifeline.”

It was important too that British consumers realised the quality meat produced by British farmers was the best in the world.

Mr Gove said he also accepted some hill farmers would require continued support to prevent the depopulation of rural communities in areas dependent on agriculture.

“I don’t think it would be right – whether it were in West Yorkshire, Northumberland, Cumbria or mid-Wales – if we were to see upland farmers lose out as they might without any support altogether.

“That would mean that the effect on those communities would be one I couldn’t defend.”