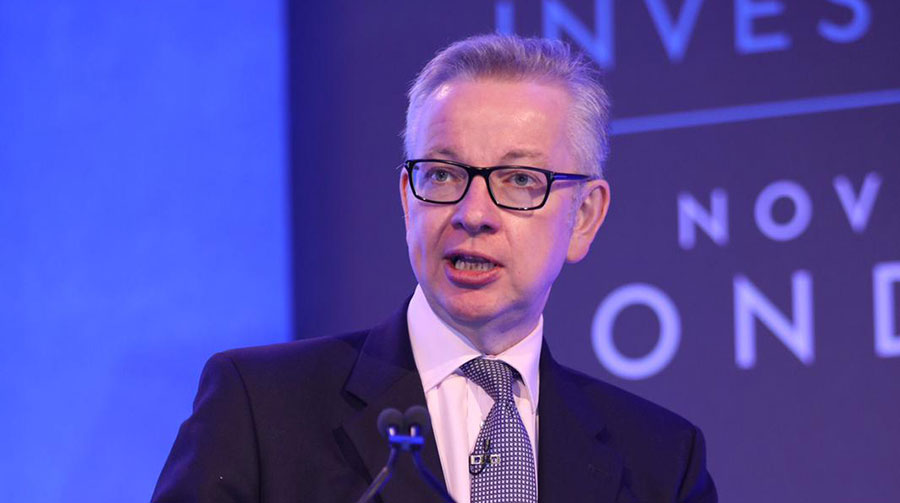 Speaking at the CLA’s Rural Business Conference on Thursday (29 November), Mr Gove was questioned about whether a no-deal Brexit should be removed as an option and if he supported the prime minister’s deal.

“No deal would be extremely challenging, particularly for the food production sector,” Mr Gove said.

“If I were any other European country I would say ‘I want that deal’.

“It will be difficult for the EU to keep its show on the road when we are seen to have all these potential advantages, like setting immigration policy.”

Mr Gove then suggested if farmers agreed with him, they should speak to their local MP, encourage them to support the prime minister, and tell them he would be “personally very grateful”.

He added if MPs can’t support Mrs May’s Brexit deal, then a no deal should be taken off the table – an amendment recently tabled by the Labour Party.

CLA president Tim Breitmeyer, who opened the conference, said: “We must avoid a no-deal situation. Securing an agreement with the EU is vital for food and farming.

“A future relationship which imposes barriers and fails to secure tariff-free agrifood trade would put at risk farming businesses and have a devastating impact across the wider rural economy.”

Defra is planning to launch a domestic food strategy once the UK has left the EU, which will encourage more sustainable food production and reducing food waste.

“This country can be at the forefront of the next agriculture revolution, as it has been before,” said Mr Gove.

He added that in order to broaden the talent pool coming into agriculture, the prejudices towards land-based work and the rural economy needed to be challenged.

“Our agricultural sector lags in terms of productivity overall,” he said. “There’s an opportunity for all of us to raise our game.”