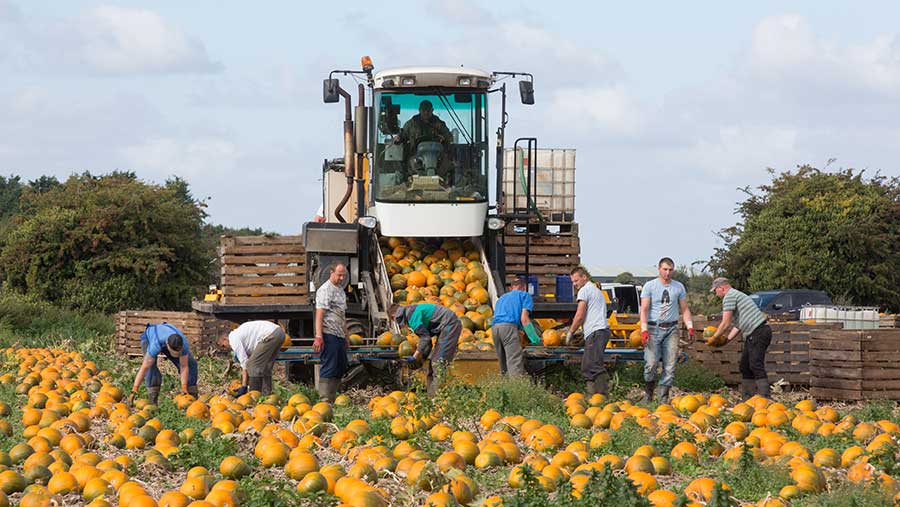 MPs want farmers to explain how their labour supply has been affected since the UK voted to leave the European Union.

Last year the Environment Food and Rural Affairs (Efra) committee conducted an inquiry into the availability of labour in the agriculture, horticulture and food production sectors.

The committee investigated the labour shortage, the main reasons for the shortage and the referendum result’s effect on the recruitment of foreign workers, and then created a report, Feeding the Nation: labour constraints.

On Monday (5 February) the committee announced the decision to re-open the inquiry to find out whether the situation has improved or deteriorated over the past year.

Evidence sessions will be held between now and the Easter recess and the committee is seeking written evidence to inform the inquiry.

The committee would welcome written submissions (until 26 February) from businesses and organisations in the agriculture, horticulture and food sectors that address labour supply issues, now and in the future, and whether government statements and policies have been accurate and successful.

The National Pig Association (NPA) has already told Efra’s inquiry a post-Brexit scheme must encourage migrant agriculture workers to live in the UK to ensure a future labour supply, and has insisted future policies must not be restricted to short-term seasonal work.

The association’s EU labour survey, which was carried out in the autumn, found 55% of pig businesses surveyed employed non-UK workers, with European nationals accounting for 94% of all migrant labour.

The survey also found 64% of those employing EU labour were finding it harder to secure EU labour since the vote.

Nearly one in three said at least one worker had already left since the Brexit vote due to changing circumstances.