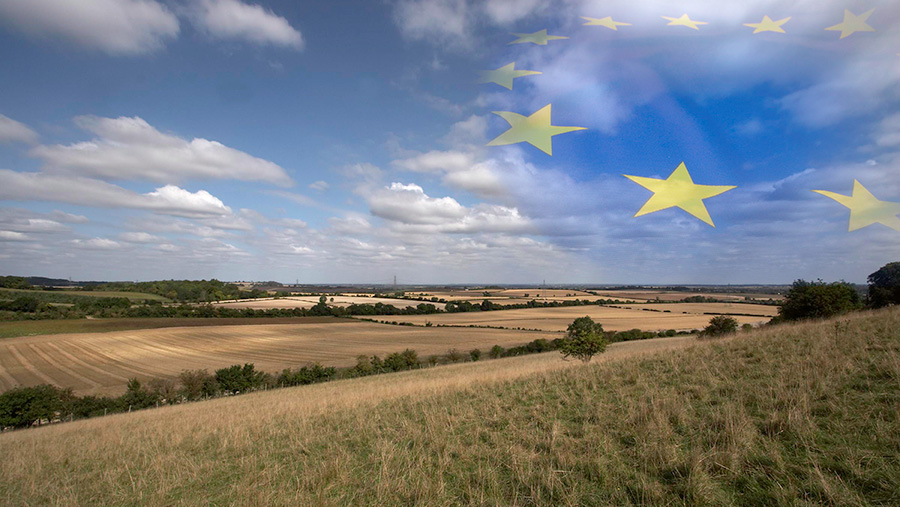 NFU leaders are set to announce whether the union will take an official stance for or against the UK leaving the EU.

The issue will be debated at an NFU council meeting before a decision is announced on Monday (18 April).

Farmers Weekly understands the NFU will stop short of telling members which way to vote and will not necessarily campaign overtly one way or another.

It follows a series of 28 referendum roadshows attended by union members across England and Wales during the past fortnight.

The roadshows presented the results of an NFU-commissioned study examining the impact on UK agriculture of a decision to leave the EU.

NFU director general Martin Haworth the “real questions” to be considered were political rather than economic.

But the NFU would continue to work in the best interests of its members irrespective of the outcome of the in-out referendum on 23 June.

“It comes down to a matter of judgement as to which of the scenarios appears the most likely.”

The NFU is the last major UK farming organisation to declare its hand. With the exception of the Country Land and Business Association (CLA), which is remaining neutral, others have declared they favour the UK retaining EU membership (see “Farm unions – In or Out”).

Farm unions – In or Out?

But some organisations are keeping their positions under review.

Both the Ulster Farmers’ Union and the Tenant Farmers’ Association said they were “in” because they had yet to hear a compelling argument that agriculture would fare better outside the EU.

The CLA, which represents 33,000 farmers and landowners in England and Wales, has called on the government to “dispel confusion and uncertainty” by setting out a “plan B” for farming in the event that the UK votes to leave the EU.

CLA president Ross Murray said: “There is a lack of clarity around what is statement of fact and what is conjecture regarding government plans.

“This is causing confusion and uncertainty around investment decisions and around meeting long-term environmental commitments.”

A CLA report published last month called on ministers to assure the farming industry that payments currently delivered through the CAP would be delivered up to 2020, which is when the latest CAP programme ends.

Brexit campaigners argue that the UK is a net contributor to EU coffers so there is no reason why the government could not continue to support farming to the same extent – or possibly more – if the country votes to leave the trading bloc.

But a Defra spokeswoman said: “If the UK decided to leave the EU, it would be a huge leap in the dark. We have always said that. We have been keen to remind farmers how much stronger and better of they are inside the EU with free access to a single market worth in excess of £500m.”