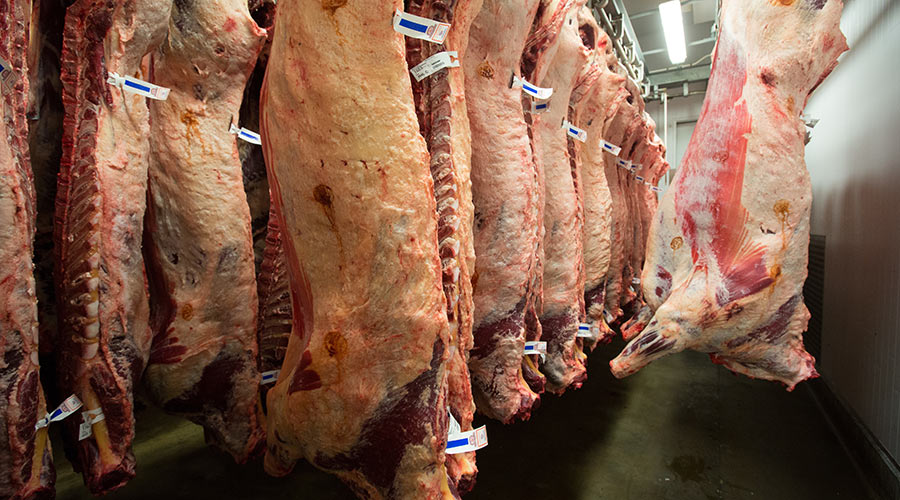 Red meat exporters will face extra costs in conducting their business should the UK leave the European Union next month without a deal, quite apart from the imposition of any tariffs on sales to the continent.

A new study by the Scottish Agricultural Organisation Society (SAOS) for the Scottish government suggests sharp rises in the non-tariff cost of exporting red meat to the EU – between £216 and £276 per order, be it a single box or an entire lorry.

“The majority of this additional expense results from the cost of employing a vet to inspect the order prior to shipping, which is estimated at between £140 and £200 per order,” says the paper.

“The additional £76 covers additional time taken to process an order and the cost of a Common Veterinary Entry document (estimated at £65), to allow the order to enter the EU destination country.”

These costs will hit smaller orders disproportionately, it says, which may make business to the EU unviable for smaller operators selling to a highly competitive market.

Commenting on the findings, Scotland’s rural economy secretary Fergus Ewing said a no-deal Brexit was “by far the biggest threat to our red meat sector and our successful food industry.

“With the export market already highly competitive, any additional costs involved with exporting to our largest trading partner post-Brexit is likely to put sales, and therefore businesses and jobs, at risk”.

The lamb sector is especially vulnerable, given that 26% of Scottish lamb goes for export.

But the figure for the UK is higher still – 30% according to a new video produced by the NFU which is being shared extensively on social media. Of this lamb, 90% is sold to the EU. 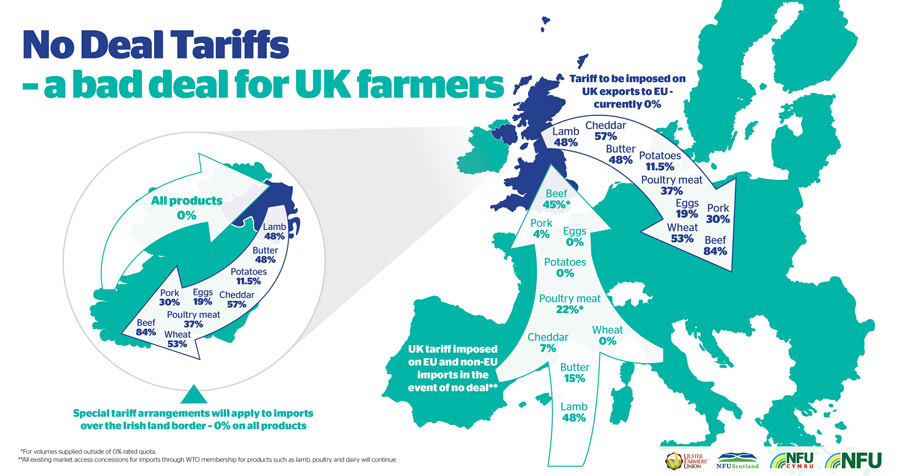 “A no-deal Brexit means all trade with the EU would be carried out under World Trade Organization rules, which means additional costs to trade in the form of tariffs, which are currently 0% but would rise sharply if a deal isn’t struck in time,” says the video.

In the case of sheepmeat, this tariff on exports would amount to 48%, while New Zealand lamb would continue to have access to the UK at zero tariff.

The SAOS report says new trade agreements with other third countries could create new market opportunities for red meat beyond the EU, particularly in Asia and North America.

But, according to the Food and Drink Federation, the UK government has so far secured continuity deals for just 15 existing EU preferential trade agreements with other countries, out of a total of more than 40.

The Federation notes that export growth has been three times stronger to non-EU countries than to EU countries, so has urged ministers to increase their efforts to secure more continuity agreements.

“FDF has serious concerns that the UK faces the loss of essential market access to a wide range of EU trade deals in the event of a ‘no-deal’ Brexit,” said chief executive Ian Wright.

“Government must deliver on its promise to ensure there is no loss of access to any of these agreements after the UK leaves the EU.”