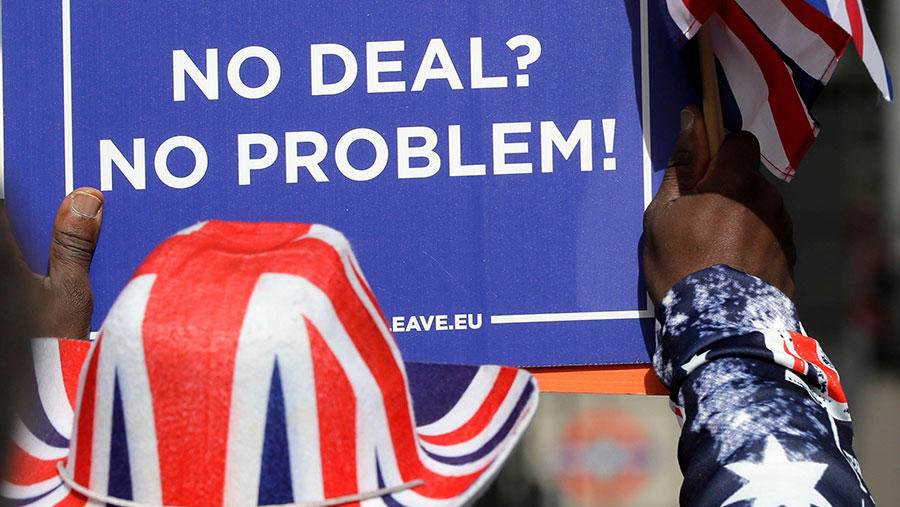 More than a quarter of farmers are backing the UK to leave the EU without a transitional arrangement, making it the most popular Brexit conclusion, according to a new survey of 200 farm businesses.

In total, 26% of rural landowners and businesses surveyed wanted a hard ‘no-deal’ Brexit, just edging the 25% of respondents who advocated for a second referendum leading to a remain conclusion.

The results come in spite of repeated warnings from farming unions that leaving the EU in a cliff-edge-style Brexit would be catastrophic for the sector.

Other choices among the 200 farmers and landowners surveyed in the Knight Frank Rural Sentiment Survey 2019 indicated May’s transitional arrangement (22%) and a softer Brexit including a customs union (16%) would be preferable outcomes.

There was a significant swing among the 30 farmers (15%) who said they would change how they voted in the referendum held in June three years ago towards leaving the EU.

Almost 80% (24 respondents) of those changing their mind on Brexit said they would change their vote from remain to leave, a slightly higher increase than seen in the same survey 12 months ago.

Respondents who swung towards the EU exit door blamed Brussels for the UK’s inability to strike a deal.

Surprisingly, more than half of businesses who responded to the report said they were making no changes to their businesses to cope with the challenges or opportunities of Brexit.

Despite 49% of farmers and rural landowners stating they were planning to adapt how they farm to deal with leaving the EU, the remaining 51% said they had no such plans.

Three out of five respondents stated that despite Brexit being an aggravation and an annoyance to farm businesses, it had not had a tangible economic impact to date.

However, a substantial minority (29%) indicated they had taken a financial hit due to uncertainty (17%), having to put business plans on hold (8%) or on no-deal preparations (4%).

Beyond Brexit, respondents pointed to the same issues preventing them from managing their businesses as in 2018.