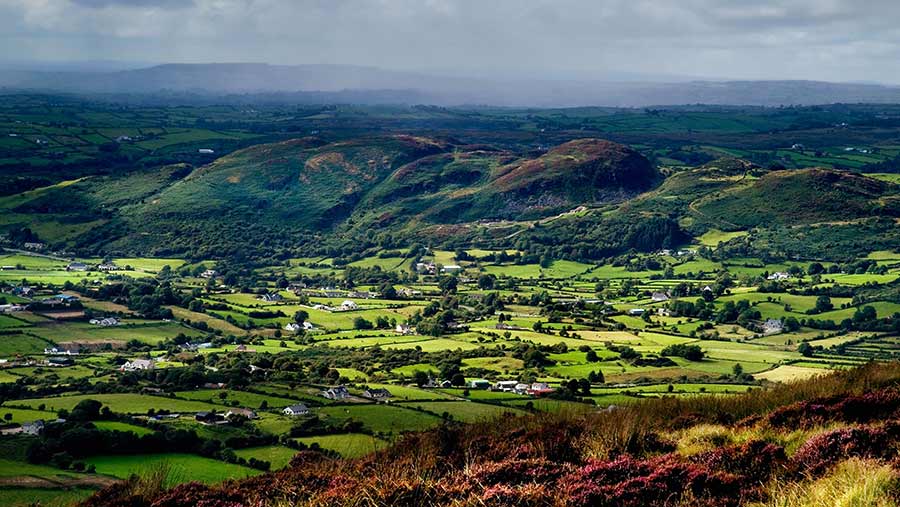 Farmers in Northern Ireland are being urged to respond to a government consultation on support arrangements for agriculture once the UK leaves the European Union.

The Department of Agriculture, Environment and Rural Affairs (Daera) consultation asks for views from growers, livestock producers and other stakeholders on a possible future agricultural policy framework for Northern Ireland, to be submitted by 10 October.

Norman Fulton, deputy secretary of Daera’s food and farming group, said responses would help shape the debate on support outside the CAP, which had been “important in sustaining the industry, underpinning its competitive trading position and developing its environmental performance”.

Responses to the consultation paper – called the Northern Ireland Future Agricultural Policy Framework: Stakeholder Engagement document – should be received by 10 October. Full details about the paper – and how to respond – are on the Daera website.

Direct payments will remain broadly the same during a transition period that lasts until 2020-21. This will provide some certainty for farmers, with a longer-term approach to policy introduced from 2022, says the paper (see “Goal is to boost productivity and environment”).

“It is essential that the industry in NI is provided with some certainty in relation to future support arrangements in the shorter term,” says Mr Fulton. “There is also a need to develop a longer term agricultural policy framework and deliver a managed transition over a number of years.”

During the transition period, Daera will continue to implement direct payment schemes as if they are still operating under EU rules – but with the option to remove requirements that Daera says are not particularly relevant or worthwhile in a Northern Ireland context.

The Ulster Farmers Union has welcomed the consultation – which follows similar exercises in England, Wales and Scotland. But the union also voiced frustration that it had taken so long – largely due to the lack of a Northern Ireland executive.

“We have to make sure that Brexit is an opportunity for farmers here,” said UFU president Ivor Ferguson. “Our goal is a productive, sustainable and resilient farming industry, and this document is a good start to securing that.”

Mr Ferguson said it was vital that Northern Ireland’s share of UK farm support remained the same as now, but farmers recognised that the delivery model would change. A sensible and well-managed transition was needed to any new support structures.

“Whatever decisions are made, it is vital that we end up with a model that is simple and avoids red tape. It must be targeted at those who take the risks in primary food production,” he said. “This is an opportunity to create a better system, and it is essential we take this chance to get it right.”

Goal is to boost productivity and environment

Post-Brexit farm policy for Northern Ireland will aim to boost agricultural productivity through policies which encourage science and innovation, increase education, knowledge exchange, and investment and restructuring, says the consultation paper. The paper includes a number of proposals:

Encouraging younger farmers and switching from short-term rental agreements known as conacre to longer-term rental leases could be two areas of particular interest and benefit that would help revitalise the industry and give it more stability.

Market management options to address volatility are expected to be unlikely and “would need to be very carefully considered”. The paper says government attempts to influence the UK market are unlikely to prove effective or worthwhile relative to other forms of assistance.

Public payments are likely to reward the public goods provided by farmers and land managers who achieve a verified level of environmental performance through the delivery of identified outcomes under a sustainable agricultural objective.

Consideration could also be given to government interventions to foster greater co-operation and collaboration within the agri-food supply chain, such as support for producer organisations and other collaborative partnerships, the consultation says.

The paper says Brexit represents a unique opportunity to develop a new dynamic for key stakeholders across the food, agricultural and environmental spectrum to work with the Northern Ireland government to chart a new way forward with common purpose.

But it cautions: “For this to be successful, it is vital that the long-term objectives of productivity, resilience, environmental sustainability and supply chain functionality are kept to the fore, which will demand difficult choices, compromises and strong leadership at all levels.”

Support arrangements are only part of the equation for Northern Ireland to have a thriving farm sector after the UK leaves the European Union, a former industry leader has said.

Brexit has added significance in Northern Ireland – the only part of the UK to share a land border with the EU. Agri-food products are transported across the border with the Irish Republic daily, with any disruption likely to affecting farmers on both sides. 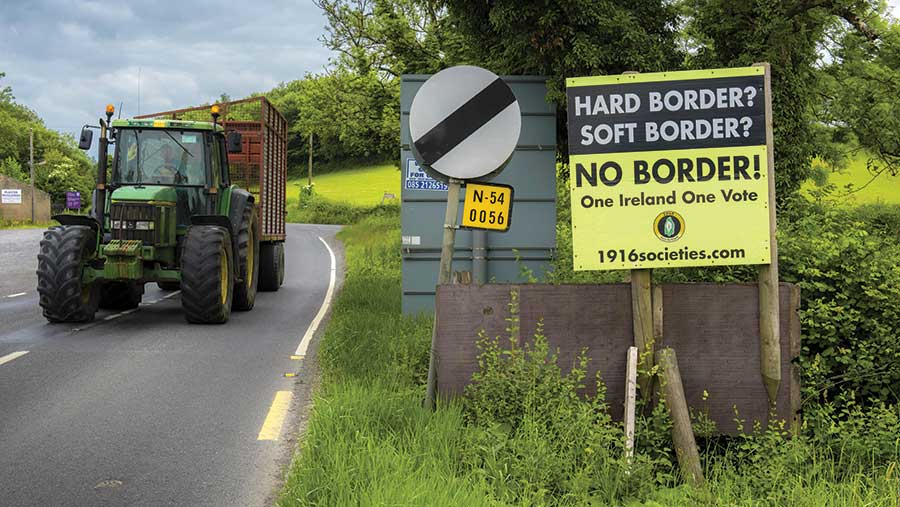 Former UFU president and Northern Ireland livestock producer Ian Marshall, who now sits as an independent senator in the Irish senate in Dublin, said the prospect of a no-deal Brexit and the high tariffs it could impose on agri-food products was a “frightening situation” facing farmers.

“The border presents a challenge for the UK – but it presents a massive challenge for Northern Ireland because we’ve had 20 years of relative peace and an open border,” Mr Marshall said. “The industry of agriculture across the island of Ireland and other industries are inextricably linked.”

At the moment the border worked seamlessly, Mr Marshall said. But that would not be the case post Brexit unless regulations could be agreed across the two jurisdictions. And any arrangement between the UK and EU was unlikely to be as good as the one in place now.

Falling back on World Trade Organization tariffs would be a major challenge for farmers, Mr Marshall said.

He favours a second referendum on the issue. “We need some really strong leadership on this. And sometimes that leadership is about saying, ‘Hold on, maybe this isn’t the right thing to do’.”

Case study: ‘Too much emphasis on environmental measures’

Any new policy must recognise that farmers are food producers – not just custodians of the countryside, Northern Ireland dairy producer Gary McHenry believes.

“It is blatantly clear that the UK government is interested in protecting the environment – and rightly so,” said Mr McHenry, who milks 250 Holstein-Friesians in partnership with his son Michael at Lurgan, County Armagh.

“Farmers are the custodians of the countryside and they are the ones who can protect the environment. But they are also food producers and they feed the people. And you must not just concentrate on the environment and forget that.”

Mr McHenry said he was concerned by the government’s repeated assertions that support would be targeted towards the environment. “There is no talk of supporting productive agriculture, and that is a folly in a nation that is so dependent on food imports.”

To produce food, agriculture must be sustainable from an economic point of view – not just environmentally, Mr McHenry said. “Farmers must be competitive and able to produce food. We can’t do it for nothing.”

Government ministers might argue that food security was about feeding the nation from a number of sources, he said. But domestic producers must be properly rewarded and able to compete in a fair marketplace if they were to play their part.