Farmers and consumers are being urged to lobby their MPs – especially Conservatives in rural constituencies – in a bid to protect British food standards and keep cheap imports out of the UK.

The rallying call was made by cross-party MPs and supporters of campaign group Save British Farming (SBF) during an online Zoom panel discussion on Monday (26 October) over the threats to British agriculture of trading under World Trade Organization (WTO) rules.

SBF founder Liz Webster said: “British farming is facing a perfect storm as we approach the end of the transition period and prepare to leave the EU single market.

“After many cry wolf no deals and in the midst of a devastating global pandemic, we are now facing an immoveable cliff-edge in nine weeks.

“The iceberg confronts us and it’s clear that Boris Johnson omitted to mention that his oven-ready deal included roasting British farmers.” 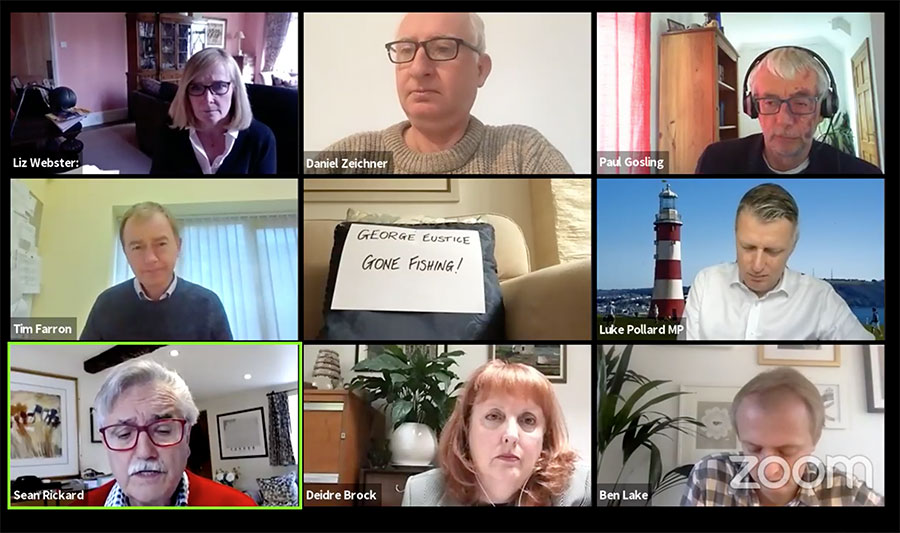 Former NFU chief economist Sean Rickard said it remains unclear if the UK will strike a deal with the European Union or leave without a deal at the end of the transition period.

But he warned that farmers would face more checks, more controls, more costs and lower farmgate prices and incomes if the UK signs a cheap food trade deal with the US.

“The future for this industry is under threat,” said Mr Rickard. “It is under threat from the sort of deals the government seems determined to undertake with low-cost agricultural producers.”

The Agriculture Bill returns to the House of Commons on Wednesday 4 November, when MPs will debate and then vote for a third time on Lords’ amendments to the bill which aim to uphold our high food and farming standards.

A revised version of the Lord Curry amendment will seek to strengthen the role of the new advisory Trade and Agriculture Commission (TAC) and parliament in scrutinising trade deals.

The Conservative government has “whipped” its MPs to vote down the amendments, arguing that this would restrict Brexit trade negotiations.

But opposition and rebel Conservative MPs have warned that the government risks losing the support of farmers and rural constituents if it does not honour its election manifesto to “not compromise on our high environmental protection, animal welfare and food standards” in all trade negotiations.

“The focus is on lobbying Conservative MPs, particularly backbenchers and those in rural communities, that this is about making sure we underpin the livelihoods of our farmers across the country and, indeed, also that we maintain the British standards that we are incredibly proud of.”

SNP MP for Edinburgh North Deidre Brock said it was “vital” to keep up the pressure on Conservative MPs who are “extremely concerned” about the reaction they are getting in rural areas.

She added: “As consumers, of course we are used to a pretty sophisticated conversation with our food producers about standards in production, hygiene and animal welfare.

“But this government frankly seems intent on dumbing down that conversation. We must continue to make sure our voices are heard on this.”

Farming ‘at a crossroads’

But he added: “There is zero point in us having high standards if the net effect of that is to export responsibility for our carbon, our animal welfare and our environmental protections to other countries that have lower standards – and in so doing, destroying the business models of our communities.”

Mr Pollard said the Conservatives had claimed to be the party of the countryside, but risked “driving British farmers to bankruptcy if they don’t change tack when it comes to food standards”.

The MPs were speaking during an online Zoom meeting hosted by campaign group Save British Farming on Monday (26 October).

Defra secretary George Eustice was invited to join the meeting, but did not appear.

The Conservatives have repeatedly said they will not allow food standards to drop under a trade deal with the US or any other countries.

How to lobby your MP

Everyone has the right to contact their member of parliament (MP) to raise their concerns.

There are 650 MPs and each one represents a constituency in the UK, averaging about 90,000 constituents.

Find out the contact details of your local MP using the directory on the UK Parliament website.

Then decide how to lobby them. A number of options are available:

Letters can be sent to their constituency address or to Parliament (Houses of Parliament, House of Commons, London, SW1A 0AA).