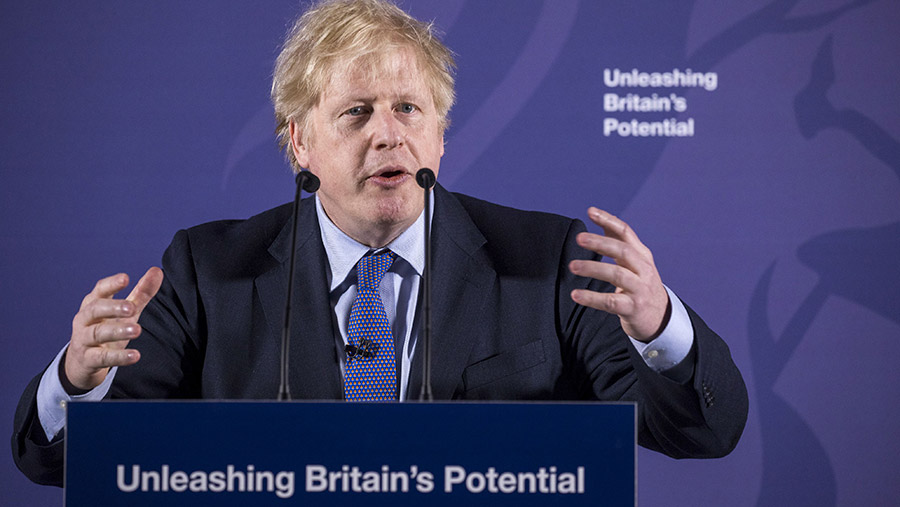 Boris Johnson is leaving the door open to substandard food imports as he paves the way for post-Brexit free-trade deals with the rest of the world, food and farming groups have warned.

“This simply offshores poor standards and risks undermining the sustainability of UK farmers,” he tweeted.

“In his Greenwich speech today the PM has opened the door to imports of agricultural products produced to standards illegal in the UK. This simply offshores poor standards & risks undermining the sustainability of UK farmers” says TFA CEO ⁦⁦⁦⁦@georgewdunn⁩ pic.twitter.com/NOdwRr25VE

“The stakes are high and the pressures are great. Food, farming, environment and welfare standards for the food that we produce and import need to be written in law,” she said.

The comments followed Mr Johnson’s speech in which he spoke enthusiastically about the merits of free trade as a means of increasing the country’s wealth.

“We are re-emerging after decades of hibernation as a campaigner for global free trade,” he said. “It has been free trade that has done more than any other single economic idea to raise billions out of poverty.”

Mr Johnson said the UK “will not accept any diminution in food hygiene or animal welfare standards” as part of any free trade negotiations.

“But I must say to the America bashers in this country… that in doing free-trade deals we will be governed by science and not by mumbo-jumbo because the potential is enormous.”

Mr Johnson also set out his vision for longer-term trade relations with the EU.

While the UK would not seek to lower standards, it was not going to match the EU on everything either. Indeed, there were plenty of examples where the UK had set the pace in the past, including in animal welfare, and it would continue to do so “without the compulsion of a treaty”.

As such, he favoured the development of a Canada-style free-trade agreement with the EU, rather than a Norway-type arrangement where the UK would have to match EU rules.

Whether that is possible remains to be seen. As Mr Johnson was making his comments, Michel Barnier, the EU’s chief negotiator, insisted that securing a free-trade deal would depend on the UK agreeing to “specific and effective guarantees to ensure a level playing field”.

Failure to secure a deal by the end of the year could see the two sides revert to World Trade Organization trading rules, with reciprocal tariffs.

“Without a decent free-trade agreement, thousands of farmers both in the UK and the EU would be at risk of going out of business, with all the devastation to lives and communities that go with it,” he said.

“We understand a degree of posturing is inevitable, but no one should forget what is at risk.”