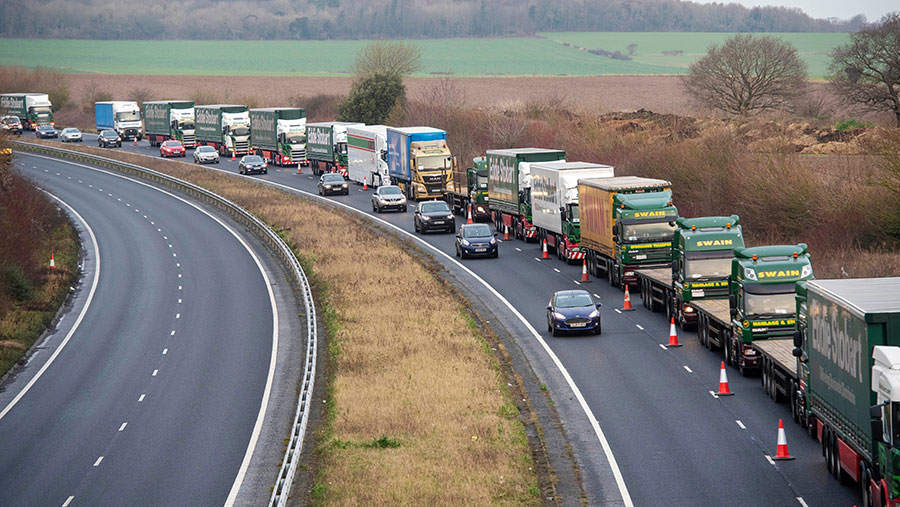 The UK government was forced to release its “Operation Yellowhammer” (PDF) no-deal contingency planning after being defeated by opposition MPs in a vote in parliament on Wednesday (11 September).

However, it must be acknowledged that the five-page document is the government’s “reasonable worst-case planning assumptions” if the UK leaves the European Union without a deal on 31 October.

The document states that “the agri-food sector will be the hardest hit, given its reliance on highly integrated cross-border supply chains and high tariffs and non-tariff barriers”.

HMRC has issued advice for farm businesses trading with the EU, if the UK leaves without a deal on 31 October.

But Nigel Farage, the Brexit Party leader, dismissed the papers as “Project Fear Mark II” and he insisted they should be “totally and utterly disregarded”.

Here are the main points in the papers related to the food and farming industry:

The NFU said the documents provide clear evidence to support the union’s own assessment that a no-deal Brexit would be catastrophic and cause severe economic disruption for farm businesses.

NFU chief EU exit and international trade adviser Gail Soutar said: “Our position remains unchanged that any exit from the EU must be smooth and orderly, and it is essential that the Government makes reaching a deal a priority.”

Phil Stocker, chief executive of the National Sheep Association (NSA) said the UK was not prepared to cope with a shortage in veterinary medicines and the risks to animal and human health and welfare in the occasion of a disease outbreak, in the event of no deal.

But a government spokesperson said: “We are currently undertaking a review of the reasonable worst case scenario planning assumptions for Operation Yellowhammer and will publish the revised version in due course.”