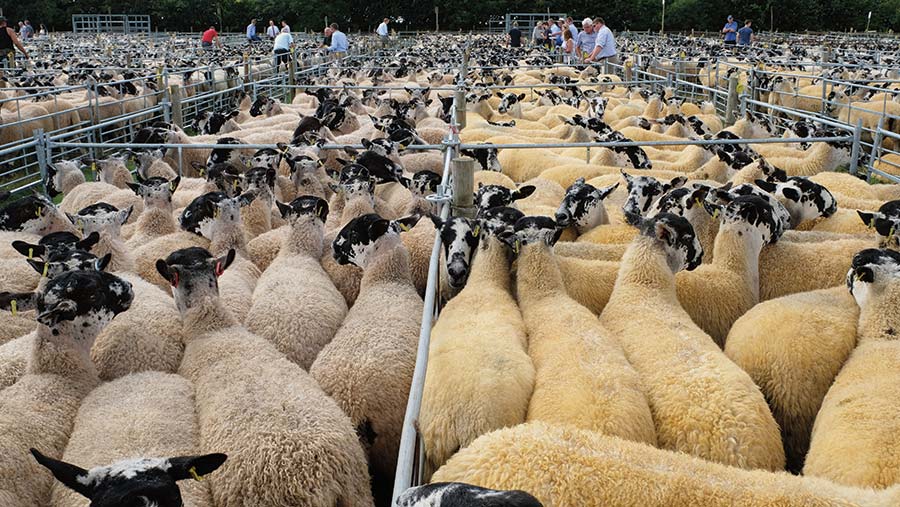 Family farms will bear the brunt of a no-deal Brexit, warns a report, which says half of all growers and livestock producers could be driven out of business within five years.

Called No Deal: The Door to the Decimation of UK Farming (PDF), the report suggests leaving the European Union without a deal on 31 October would also have a devastating impact on the wider agricultural sector.

See also: ‘No-deal’ is most popular Brexit choice with farmers

At the same time, the removal of tariff protection on many imports would leave farmers exposed to shipments of cheaper food coming into the country.

The combination of adverse trading and government plans to remove direct support payments will render the majority of farm businesses unviable, says the study – especially if only a proportion of scrapped payments is offset by enhanced environmental support.

The report was produced on behalf of a new group – Farmers For A People’s Vote – which was launched on Thursday (15 August). The group opposes a no-deal Brexit and is campaigning for a referendum on any deal to leave the EU.

Report author and former NFU chief economist Sean Rickard said: “Many industries will suffer, but the industry that would suffer the most serious economic shock will be agriculture.

“It is impossible to project the exact number of farmers who will go out of business.

“What we do know is that more than 40% of them will have no net income if the basic payment is removed.

“If at the same time the government removes all tariffs and so depresses prices, these two factors combined will render more than 50% of farms in this country unviable.”

The company has 2,750 farmer shareholders and last year exported one million sheep, worth almost £100m – including to 12 EU countries.

“It is very price sensitive,” said Mr Gooding. “A matter of a few euro cents per kilo will be the difference between buying UK lamb or buying lamb from anywhere else in the world.

“There is no way the market is going to bear a 40% increase in cost.”

Devon suckler beef and arable farmer Jilly Greed said she was braced for a 25% fall in finished cattle prices after no-deal – on the back of an already depressed market.

“We are going to see a tremendous hit on our suckler beef sector,” she said.

But not all farmers agree.

Staffordshire dairy farmer David Brookes said he firmly supports the stance taken by prime minister Boris Johnson, who insists the UK will leave the EU on 31 October with or without a deal.

Mr Brookes said: “I run a family farm and a lot of family farms clearly voted out – and we recognised when we voted out that it wouldn’t necessarily be a bed of roses.

“It is not going to be easy, but I think Boris is right.

“We need a trade deal with the EU – but not at any cost.”

What will happen under a no-deal Brexit?

Under a no-deal Brexit, the report says: