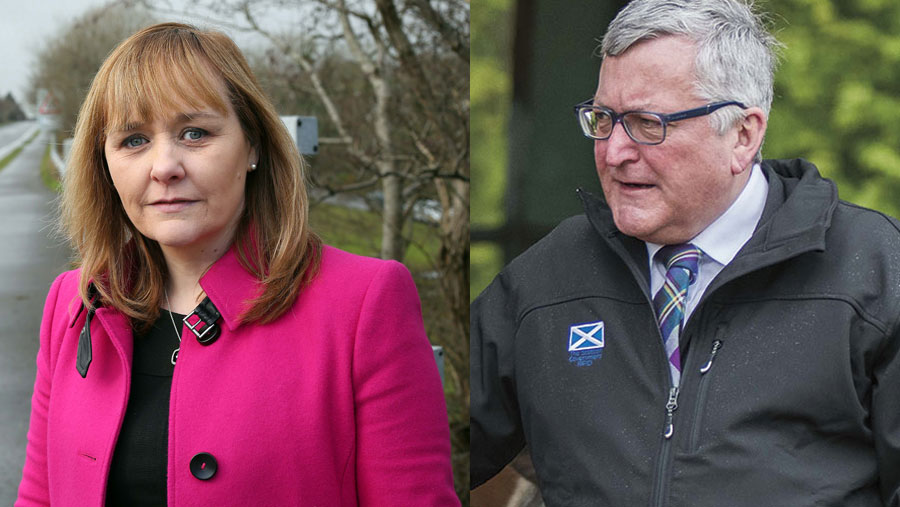 Scotland and Northern Ireland have pledged to work in the best interests of their farmers following the UK vote to leave the European Union.

Most voters in both Scotland and Northern Ireland wanted the UK to remain a member of the EU – but were outnumbered by leave voters in England and Wales.

Scottish rural economy secretary Fergus Ewing said Scotland would remain “open for business” and would continue working with colleagues across Europe in the best interests of farmers.

At council today, I had the opportunity to stress that we are open for business and working to protect Scotland’s role in the EU Fergus Ewing, Scottish rural economy secretary

Mr Ewing attended a farm council meeting of European agriculture ministers in Luxembourg on Monday (27 June), where he met his counterparts from Germany, France and Ireland.

Mr Ewing stressed that Scottish first minister Nicola Sturgeon had confirmed she would work to protect Scotland’s place in Europe.

Scotland would continue regular engagement with the EU, he said.

“The European Union provides significant support to Scottish rural communities and is a key market for the food and drink we produce,” said Mr Ewing.

“At council today, I had the opportunity to stress that we are open for business and working to protect Scotland’s role in the EU.”

Mr Ewing said it was vital that other nations understood Scotland’s position.

It was vital for Scotland’s farming and food industry to work quickly to safeguard the links and relationships that benefit them when it comes to trade, he said.

Northern Ireland farm minister Michelle McIlveen said she would act in the agricultural industry’s best interests during UK negotiations on leaving the EU. Miss McIlveen and economy minister Simon Hamilton have already met industry leaders in Northern Ireland in a bid to reassure farmers about their future.

Miss McIlveen said all current arrangements around business, trade and travel would remain in place during negotiations.

The Northern Ireland Executive will move to ensure the country’s interests were properly protected during future negotiations, she added.

Agriculture made an important contribution to society and the economy. Overarching and individual departmental working groups would look at all aspects of the referendum. Miss McIlveen said:

“The outcome of the referendum vote will undoubtedly cause change for farmers and processors within Northern Ireland.

She added: “It is only right that we take our time to agree our new relationship with the EU. For now it is very much business as usual.

“I plan to lead this industry forward to ensure that farmers and processors are not disadvantaged by leaving the European Union.

“Just because we will be out of the EU does not mean that we will not be trading with the EU.

“To that end I want to ensure that we retain a strong relationship with Europe, and in particular our neighbour, the Republic of Ireland.

“I want to make sure we get the best deal possible for the industry in Northern Ireland.”

Miss McIlveen said her department was establishing a senior team to consider the potential implications and opportunities for the agri-food industry.

This team would liaise with their counterparts in London to ensure the best deal for Northern Ireland, she added.

The executive was determined that Northern Ireland’s unique circumstances would be considered as future arrangements were devised.

“I want to see an arrangement where our local companies have a free-trade agreement that allows them to continue to access markets in Europe that they are currently supplying.

“I will be having discussion with Whitehall, the European Union and the Republic of Ireland to ensure the rights of Northern Ireland farmers are protected.

“We as an industry need to prepare for the discussions ahead of us.”