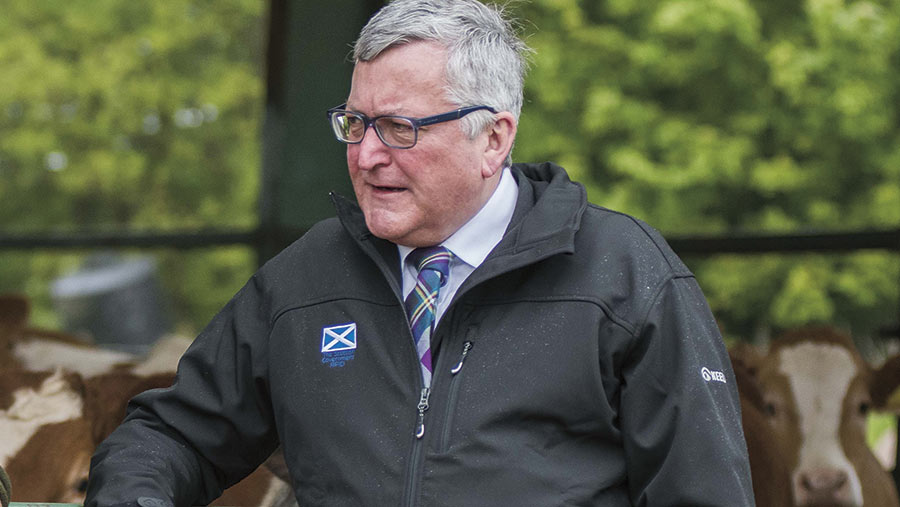 Politicians in Scotland are embroiled in an increasingly bitter war of words over the impact of Brexit on agriculture.

The Scottish Conservatives have criticised the SNP Scottish Government for showing a “lack of ambition” for the future of the rural economy post-Brexit.

In his letter, he suggested the Scottish Government appeared to have made no preparations for the “huge opportunity” presented for the farming and fishing communities.

Mr Chapman said a new system of rules and regulations that worked in Scotland’s interests could be devised to replace the Common Agricultural Policy and the Common Fisheries Policy.

But he added: “I was very disappointed with the negative outlook from the cabinet secretary and the Brexit minister [Michael Russell] at the Rural Economy and Connectivity Committee.

“It is almost a year since the UK voted to leave the European Union – including the bureaucratic Common Agricultural Policy and the disastrous Common Fisheries Policy.

“I cannot understand why, over the past 10 months, the Scottish Government appears to have made no preparations for what is a huge opportunity for our farming and fishing communities.

“I think many constituents across rural Scotland will be surprised to hear the views of Mr Ewing and Mr Russell that there are no positives from Brexit.

“Industry experts have made it perfectly clear that if the opportunities are grasped then there is the potential to build systems that will deliver for our rural economy over the long term.”

For his part, Mr Ewing accused the Scottish Tories of wanting to “whitewash over the uncertainty being caused by their plans for a rock-hard Brexit”.

Mr Ewing said the Conservatives would be better served writing to their UK counterparts, asking for clarity on funding for agriculture after 2019.

He said the Tories should also “support the fight to get £190m CAP funding returned from Westminster which rightfully belongs to Scottish farmers and crofters”.

It was clear that Scotland’s rural businesses and communities would pay a high price if the country was forced to leave the EU with the rest of the UK, said Mr Ewing.

“The one bright note is that they now appear to concede that powers over policy and funding should be repatriated to Scotland. The SNP welcomes this.

“But only a vote for the SNP in this election will give farmers and crofters the strong voice they need to stand up to the Tories’ rural robbery and protect rural Scotland’s interests.”