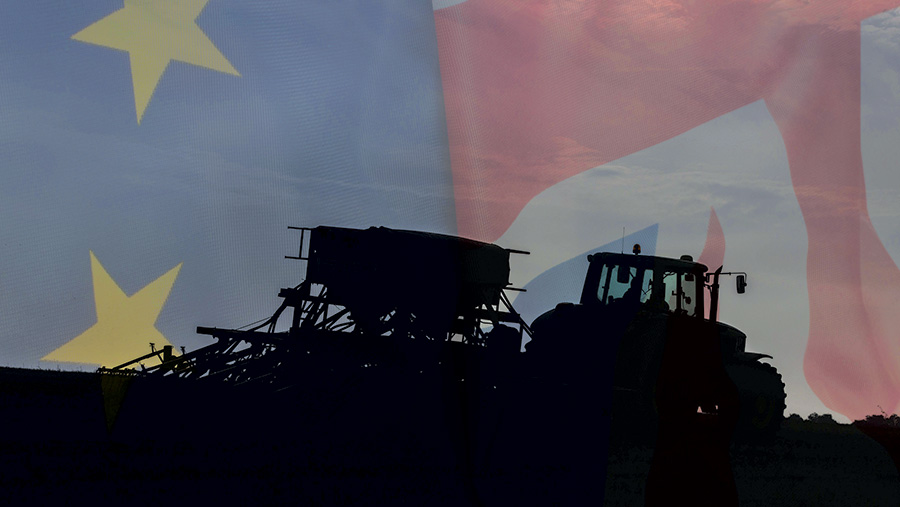 The UK government must seize the opportunity afforded by Brexit to reduce the amount of red tape faced by farmers, says the NFU.

Government ministers should create a regulatory environment for farming that is streamlined, grounded in science and respects realistic farm practices, argued the union.

“Farmers recognise that regulation is a part of farming like any other business but they are often left frustrated with rules that do not always make practical sense on farm,” he said.

“Leaving the EU provides a unique opportunity to develop a regulatory environment that is better designed and effectively implemented,” Mr Raymond added.

Mr Raymond said this would allow British farmers to do what they do best – provide a safe and affordable supply of British food.

The call for a light touch approach to regulation came in the final report of the NFU’s Vision for the Future of Farming series looking at life after Brexit.

Publication of the latest and final report was timed to coincide with the return of MPs to Westminster following the summer recess.

The document laid out the NFU’s vision for a regulatory environment that it believes can support farmers, the public and the environment.

It calls for a science-based and evidence-led approach to regulation.

Such an approach should take account of good farming practice – rewarding farmers who are members of farm assurance schemes with fewer on-farm assessments.

Mr Raymond said the government should better recognise the impact of rules on farm business costs and include a more balanced application of the precautionary principle.

It should also take into account the size of farm businesses, he said.

“The NFU has long maintained that any regulation should be scientifically evidenced, it should be implemented with minimal bureaucracy, and its impact on business should be fully assessed.”

A more positive approach would help to improve the competitiveness of British agriculture while ensuring continued access for British produce into overseas markets.

But it was crucial that the government’s EU Withdrawal Bill provided certainty to farmers about the rules and regulation they would be subject to in the short and medium term.

This would ensure that farmers could thrive without considerable disruption post Brexit.

Mr Raymond said: “A system that offers farmers the best business environment to farm not only benefits food production but the countryside and rural economy as a whole.”