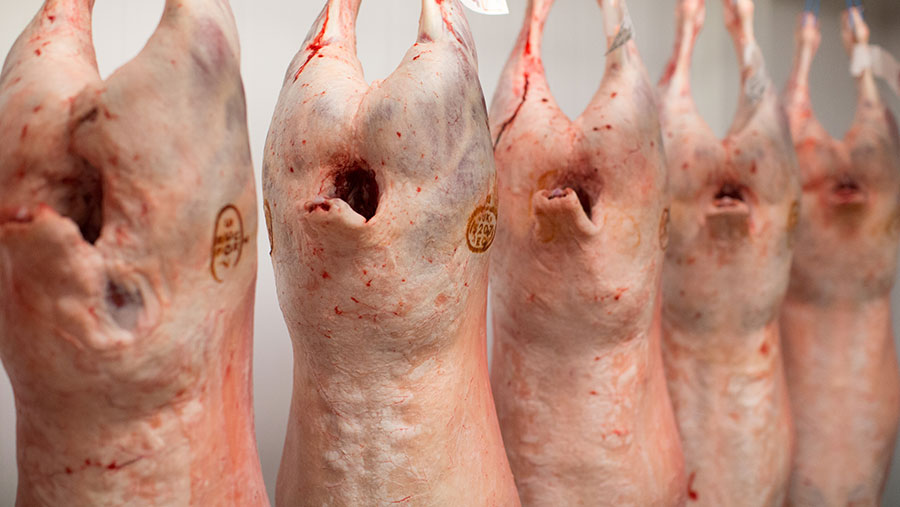 The government has asked industry leaders to assess the impact on UK food and farming of an extreme no-deal Brexit scenario.

Farm organisations have been asked to examine how their sectors would fare if tariffs on food imports were unilaterally abolished.

This would enable food imports to the UK tariff-free, despite food shipments out of the country still being subject to export tariffs.

Such a scenario is regarded as extreme – but the government says it is important to plan for all possible outcomes as Brexit negotiations continue.

The sheep sector would be among those most affected if the government unilaterally opened the UK market to tariff-free imports.

Sheep producers would effectively face a double whammy of cheap lamb imports and tariffs of up to 60% on some exports.

The question of tariffs was raised during a meeting hosted by the NFU and the Food & Drink Federation at the Tory Party Conference in Birmingham on Monday (1 October).

Worcestershire farmer Tim Jones urged Defra secretary Michael Gove to give farmers some certainty over the prospects for the sector.

Like many sheep farmers, Mr Jones breeds his own lambs as well as buying in store lambs for sale to a local abattoir and delivery to mainland Europe.

“At the moment, I am a little confused and deeply worried,” he said.

“Right now, we are struggling to work out what we can afford to pay for the lamb we are buying – over a tonne a month – that we will be selling on Brexit day and beyond.

“This means the effects of Brexit are real and they are happening now as we pore over our cashflow budgets late at night.”

Mr Gove said he accepted that the sheepmeat sector was most exposed to exports to the EU, especially France.

That was one reason why the government believed it was critical that trade continued to flow freely between the UK and the EU after Brexit, he added.

“As a country, we import more agri-food from the EU than we export. It should be in the EU’s interest to ensure there continues to be that free flow,” he said.