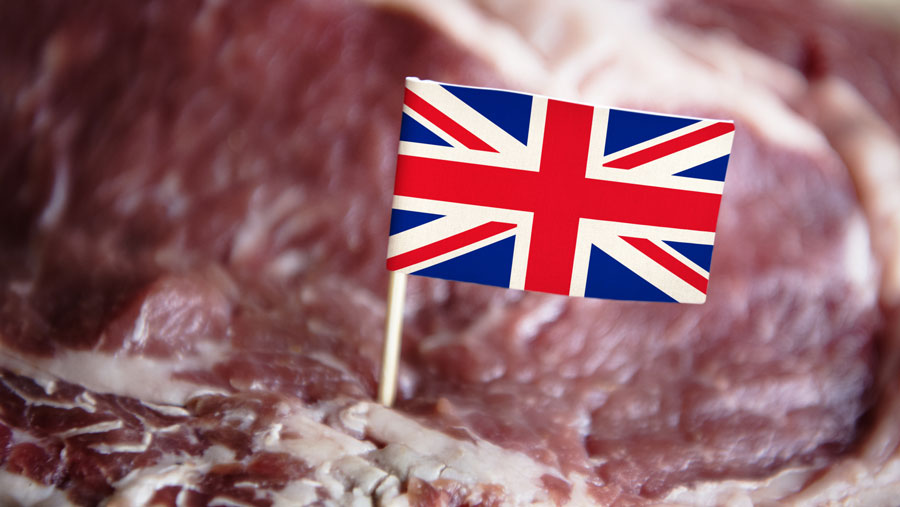 Consumers want UK farmers to be protected from being undercut by cheaper, sub-standard food imports in any future trade deals, according to a new survey.

The OnePoll Farmer Favourability Survey, commissioned by the National Farmers Union (NFU), polled 2,000 adults across England and Wales between 17 and 22 June.

The results showed 84% want environmental farming standards for imports to at least match those of the UK – and as many (86%) felt it is important that animal welfare standards also match our own.

Three-quarters (75%) said they trust British food more than food from the rest of the world. And 73% of the public often or always look specifically for British food when shopping.

But 84% of those polled would support clearer labelling of British food.

When asked whether it was important for Britain to have a productive farming industry, 88% said yes.

Following the Covid pandemic, when supermarket shelves ran empty at times last spring, the NFU said the findings of the survey highlighted the value the public attaches to domestic food production.

Responding to the survey’s results, NFU president Minette Batters said it was “fantastic” to see support for British farmers maintained over a difficult year.

Mrs Batters said it was clear the public did not want to see UK farmers put out of business and risk being undercut by food imports that failed to meet their own standards.

But she added: “This remains a real risk, especially if future trade deals with the likes of New Zealand, Mexico, Canada and the US – all major exporters – allow tariff-free access to our markets.

“It’s hard to not think the Australian deal has set a precedent, but multiple deals in the same vein will have serious and lasting impacts on Britain’s ability to produce its own food.”

The Department for International Trade has repeatedly insisted any trade deals signed with other countries “will not undercut UK farmers or compromise our high standards”.

But farming organisations including the NFU fear British farmers won’t be able to compete on price and scale against large agri-producing nations such as Australia and the US, if proposed free trade agreements are signed.