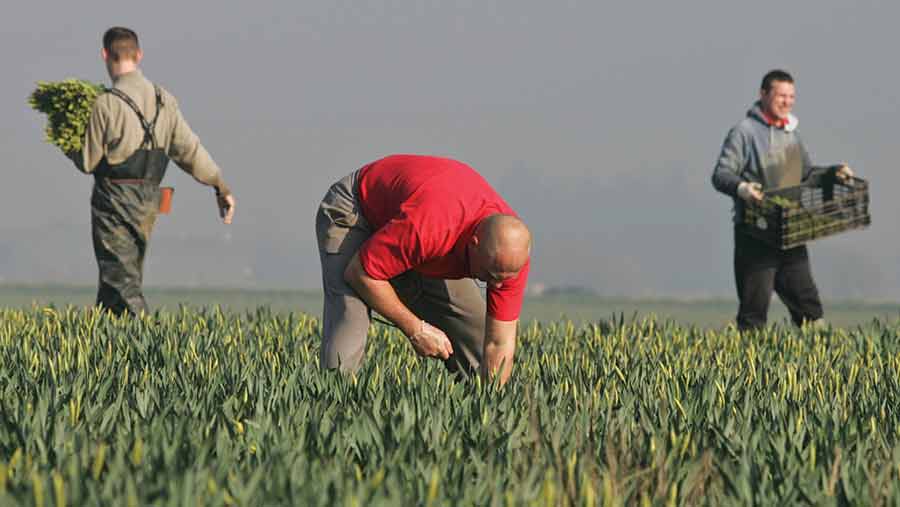 Defra secretary Liz Truss has rejected calls for a “plan B” to give farmers certainty in the event that the UK votes to leave the European Union.

Ms Truss was speaking to Farmers Weekly as the Country Land and Business Association (CLA) warned of risks to agricultural investment and jobs should ministers fail to plan for an EU exit after the in-out referendum on 23 June.

Trade was the biggest benefit of EU membership, which gave farmers access to a market of 500 million consumers on their doorstep, said Ms Truss. But any exit process would not be solely dependent on the UK government, she added.

See also: Farm jobs at risk without plan B for EU exit

“It is dependent on negotiations with the other 27 member states about what the terms of exit will be. So we simply don’t know how much Britain would have to pay into the pot – we don’t know what the level of tariffs would be on an industry like agriculture.”

Even so, the CLA said ministers must be ready to give immediate commitments to farmers and rural businesses after the referendum on key issues vital to the continued health of the rural economy.

But Ms Truss said she could give no guarantees about future agricultural policy if the UK left the EU.

“If the government was to produce [a plan B], a lot of it would be speculating about a future we just don’t know about,” she said.

A CLA report published this week sets out what the association describes as critical elements that the government should plan for – whatever the outcome of the referendum. It calls for reassurances on EU trade, direct payments, regulations and access to labour.

CLA president Ross Murray said: “Whatever your views on the future of the UK’s relationship with the EU, it is clear that the rural economy has been shaped by agricultural and environmental policies drawn up at EU level since we joined.

“Through the single market, Europe is an important destination for our products. The EU manages vital direct land management payments to farmers, and workers from the EU are critical to our agricultural labour force.”

For more than 40 years, the EU had provided the regulatory framework that governed the way UK farming businesses operated, said Mr Murray.

It was also the basis of significant investment decisions. Farmers needed certainty and answers. Most urgently, farmers needed confirmation that CAP payments would continue until the end of the budget period in 2020.

“If the UK votes to leave, there are immediate commitments that will need to be made by government to ensure the continued health of farming.”

Acknowledging that the government may not wish to reveal its plans before polling day, Mr Murray said it was critical to know that the right plans were being formed.

“Failure to plan for Brexit will put rural jobs and investment in the rural economy at serious risk,” he added.

The CLA would not advocate a position on whether the UK should leave or remain in the EU, said Mr Murray, but farmers needed more information to decide how to vote.”