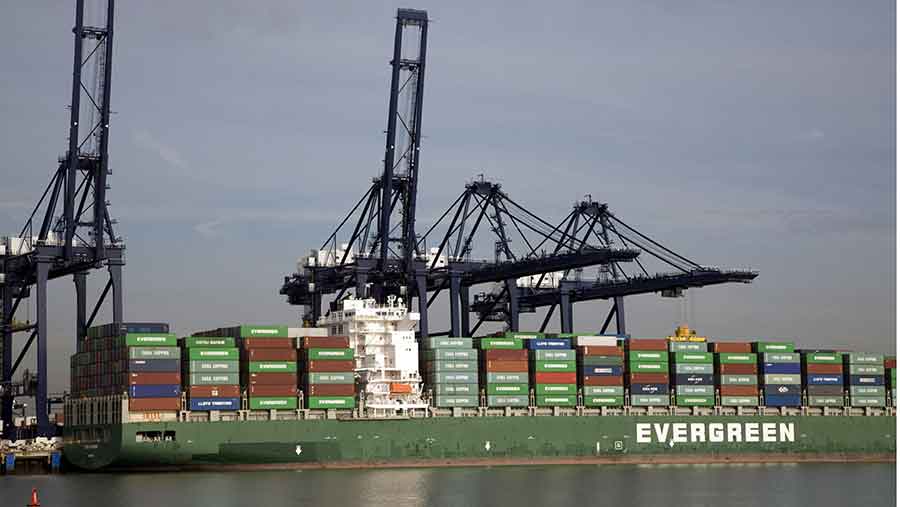 Britain will “welcome in” more food imports from developing countries after the UK leaves the European Union, a former government minister has said.

The suggestion was made by cross-bench peer Lord Digby Jones, who has served as director general of the CBI and was also a government minister for trade and investment.

Lord Jones said the UK would open up imports of food and and other agricultural produce in exchange for selling its financial services and goods to places such as India and Africa.

His comments will concern farm leaders who have warned that British agriculture must not be used as a pawn in negotiations as the UK seeks to secure international trade deals post-Brexit.

As the fifth largest economy in the world, the UK had much to offer, Lord Jones told BBC Radio 5’s Wake Up to Money programme on Tuesday (22 November).

But it was no good expecting that this would mean there would be any favours from the rest of the world once the UK left the EU, he added.

“We have got to make sure that what we can provide them in goods and services is what they need at a price they can afford,” said Lord Jones.

“We will have Indian agricultural produce – we will have African produce so that we can help them grow their developing economies – because we are built that way.

Lord Jones, who served as minister for trade and investment from 2007-2008, described himself as a reluctant “leaver” when it came to UK’s relationship with the EU.

He said he believed a “hard” Brexit – which would see the UK leave the EU single market and the customs union – was the only way for the country to regain its sovereignty.

Former NFU chief economist Sean Rickard has warned that the least damaging result for farmers would be a soft Brexit option that see the UK remain within the single market.

Leaving the single market and introducing more controls over immigration would most likely be disastrous for farming, Mr Rickard told a farmers meeting in Nottinghamshire.

Now an independent economic analyst, Mr Rickard was speaking to more than 100 farmers and landowners at the annual meeting of the Nottinghamshire Rural Support charity.

“EU leaders don’t want other countries to follow Britain out of the EU so it is not necessarily in their interests to give us a good deal,” he told listeners.

“We might well end up relying on World Trade Organisation rules when trading with Europe and that would mean the imposition of tariffs.

“Now, it’s true that average tariffs across all goods are no longer particularly high but that is because many goods have no tariffs at all.

“The tariffs on some agricultural products, on the other hand, are very high so export sectors would be hit very badly and sheep farmers, in particular, would face enormous difficulties.”

In the medium to long term, the combination of reducing subsidies and falling exports would force many businesses to the wall and lead to a large-scale restructuring of farming.

“The good news is that we will still have a farming industry and land will continue to be farmed. Without subsidies and with falling profits, land prices will fall so costs will reduce.

“The land will be farmed by a smaller number of bigger businesses and farmers will look to use latest technology and science to improve efficiency and stay competitive.”

Nottinghamshire Rural Support chairman Peter Geldart described Mr Rickard’s comments about the possible consequences of Brexit as “extremely sobering” even if he is ultimately optimistic.

Mr Geldart said: “If he is right, then the shape of farming in this country will change and many ordinary family farmers will face extreme difficulties.

“Much will depend upon the attitude of both government and the public towards food production, as well as the ability of farmers to innovate.”