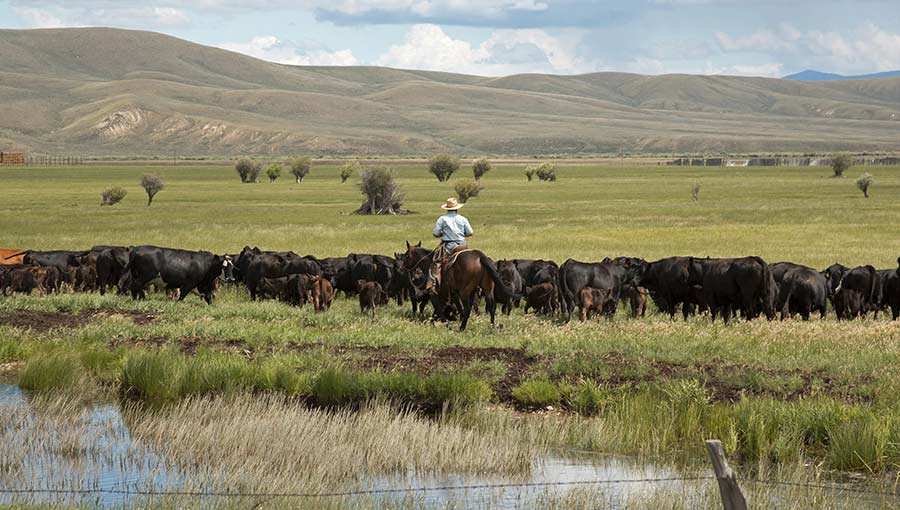 US farm groups are piling the pressure on their government to force the UK to accept their production standards as part of any post-Brexit free-trade deal between the two countries.

The groups were invited last November to submit their priorities in a consultation entitled “Negotiating Objectives for a US-UK Trade Agreement”. The consultation has now closed and received 133 responses.

In its submission, the National Cattlemen’s Beef Association (NCBA) attacked the EU’s and UK’s “unwarranted trade restrictions”, imposed since 1989 in response to the US’s use of hormones in beef production.

“US beef has been the victim of unwarranted trade restrictions throughout the years as the result of the EU’s massive tariffs, low quotas and non-science-based policies,” it said.

“Once the UK leaves the EU, there will be an opportunity for them to set aside these restrictions and embrace market-based, rules-based and science-based trade with the US.”

The NCBA also claims its own Beef Quality Assurance scheme is every bit as good as the UK’s Red Tractor scheme, in terms of animal welfare, food safety and environmental protection.

“Critics seeking to discourage transatlantic beef trade overlook these similarities, to the detriment of consumers and producers in both countries,” it added.

Similar complaints have been made by the National Milk Producers’ Federation and the US Dairy Export Council, which said existing trade restrictions were “not based on sound science”, and called for their removal.

In particular, they said the UK should “remove currently imposed EU policy restrictions on the use of common cheese names in the UK” through the EU’s Protected Geographical Indications legislation.

The dairy lobby also questions the extent to which the UK will be free to set its own rules, suggesting EU regulations will continue to have an influence and could “stymie” trade talks with the US.

Scottish MSP Emma Harper, who represents the South Scotland Region, said it was a “grim reality” that US lobbyists were seeking to dilute the UK’s high food standards as part of a post-Brexit trade deal.

“The Scottish food and drink industry is known around the world for its high quality standards – a reputation that could be smashed to pieces if the UK government caves in to these demands in a desperate attempt to negotiate a trade deal with the Trump administration,” she said.

“Scottish consumers don’t want to eat chicken that has been soaked in chlorine, or beef injected with hormones, or to consume milk products from cows with udder infections. It’s unacceptable.”

Defra ministers have repeatedly said there will be no dilution of UK standards as a result of any trade deals, and have insisted they will seek “equivalence” of standards. But they have consistently fallen short of saying imports would be banned it they did not match UK standards.

Ms Harper feared that, outside the EU, the UK would be desperate to secure a trade deal with the US and would have little clout to resist its demands.

“If the UK accepts these types of conditions in a post-Brexit trade deal, and the Scottish parliament is powerless to stop it, it will be truly devastating to our agricultural industry.”

What they said in full…