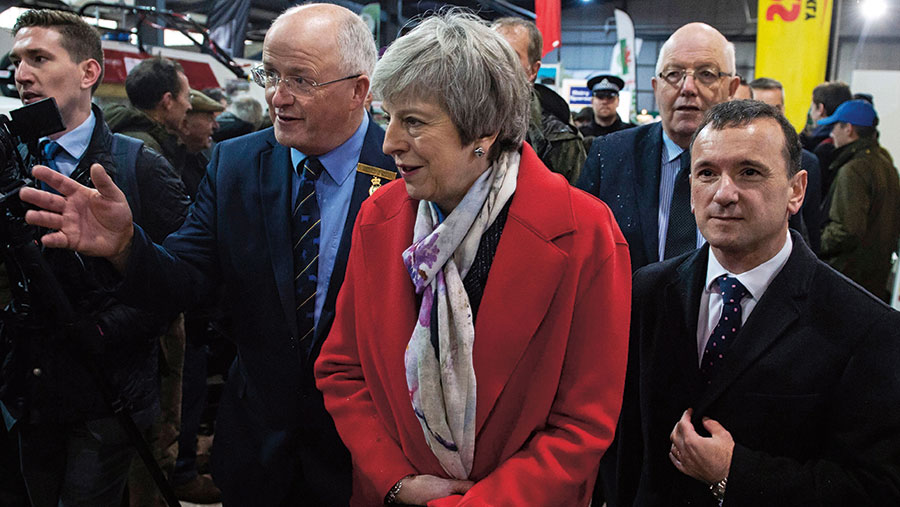 Two farming unions have raised their fears about the proposed Brexit deal with the prime minister at the Royal Welsh Winter Fair.

Theresa May attended the fair in Llanelwedd on Tuesday (27 November) and met with representatives from NFU Cymru and the Farmers’ Union of Wales (FUW).

They discussed the UK’s future trading relationship with the EU, animal welfare and production standards, and supporting the next generation of Welsh farmers.

Mr Roberts said: “Statements made by ministers about trade deals that would open up the UK to imports of cheap food produced to far lower standards than those required in the UK are a cause for significant concern.

“We also need a commitment that we will not open the floodgates to lower quality imports and that maintaining access to the EU market will be a priority.”

NFU Cymru deputy president Aled Jones said the meeting had been an excellent opportunity to reiterate Welsh farmers’ concerns to the prime minister.

He added: “A no-deal Brexit scenario would leave Welsh farmers in the nightmare situation of being excluded from our largest export market, and would essentially price Welsh farmers out of the market.”