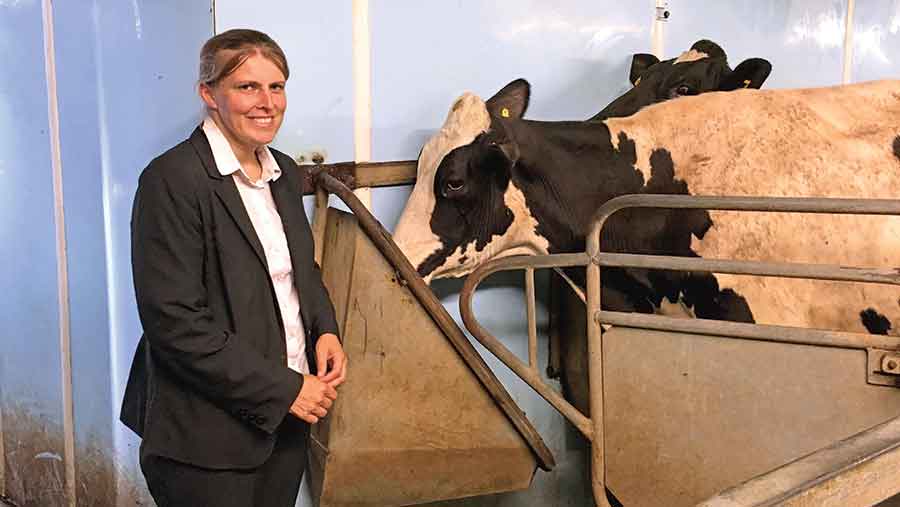 Rachael Maskell swapped her job in the NHS for a career in politics and took up the post of shadow Defra secretary in June this year. Ahead of the Labour conference she spoke to Farmers Weekly.

Her top priority for farming, she says, is setting a clear path ahead for Brexit.

She believes the government must get the best trade deal for farmers and continued access to foreign labour to create the stability needed to produce, grow and process our food.

Another priority, she believes, is getting a fair deal on farm support .

She says CAP payments are currently tilted in favour of larger producers, so more effort is needed to ensure smaller farms get a fairer deal on subsidies.

However, when asked if a future Labour government would commit to a similar level of support for UK agriculture under the CAP post-2020, Ms Maskell is non-committal saying, “I’m not going to be making announcements.”

Ms Maskell was raised in a rural community, but admits her only connection with farming was visiting her uncle’s smallholding.

Since her appointment, she has been getting out meeting producers and people working across the sector.

In August, she visited Guy Poskitt’s farm in the East Riding of Yorkshire to discuss the key issues facing UK farms and businesses following the vote for Brexit..

Although Defra has suffered budget cuts, she insists the department was wrong to have no ‘Plan B’ on Brexit.

Now the country has voted out, however, there is a need for “rapid, but not rushed” decision-making.

Ms Maskell stopped short of calling for a second referendum, but believes the government should put together a framework for any negotiation deal with the EU.

Ms Maskell says the NFU is right to focus on food security, but at the same time the country mustn’t neglect its commitments to tackling climate change and reversing the losses to wildlife.

The public says it wants to buy more British and local food, but this will come at a price in future.

“Austerity has had an impact and many people clearly shop on price. I think we have to have that conversation about the true cost of food.”

“I appreciate there is a global shortage of BCG vaccine, but we need to invest in vaccination – both in cattle and badgers. The government’s own experts have condemned the badger cull and the scientific evidence is weighted against it.”

“I personally think GM crops is the wrong direction. I don’t think people in this country want them. We have got to be careful about food productivity.

“If we continue to farm intensively on the same land, the soil quality is impacted and there are consequences. You end up paying more to put nutrients back into the soil.”

“The arguments don’t stack up in favour of rewilding. We’ve seen the experiments in the River Tay and the introduction of the beaver.

“Farmers are very unhappy about the impact that has had on crops. I certainly don’t think we should reintroduce wolves or lynx back into the countryside.

“These animals are predators and they will put an increased risk on our farming stock.”

“It is not either/or. The reality is, we need to improve our energy security as well. With renewables we could have a far greater input.

“Wind and solar is a good use of land. We don’t utilise our coasts and natural assets enough.

“It’s right that farmers have these opportunities to diversify. It brings greater diversity to their businesses.

“We’re a nation with a fresh milk model, as opposed to more processed milk which is more of an EU continental model. We need to pay for that work to keep dairy farmers in business.

“I also think we need to tighten up the voluntary dairy code and make it mandatory to strengthen the support for dairy.”

“The government has set a target of 95% coverage for broadband – clearly they have left a loophole there.

“Our rural communities and farmers are going to miss out. Labour has committed to 100% broadband coverage in our digital vision.”

“We need to make sure our farming sector is maintained, particularly in these current uncertain times.

“We need the public to understand how important British farming is by making the connections from plough to plate.

“We need to source food as locally as we can to ensure businesses can be sustained in the long term.