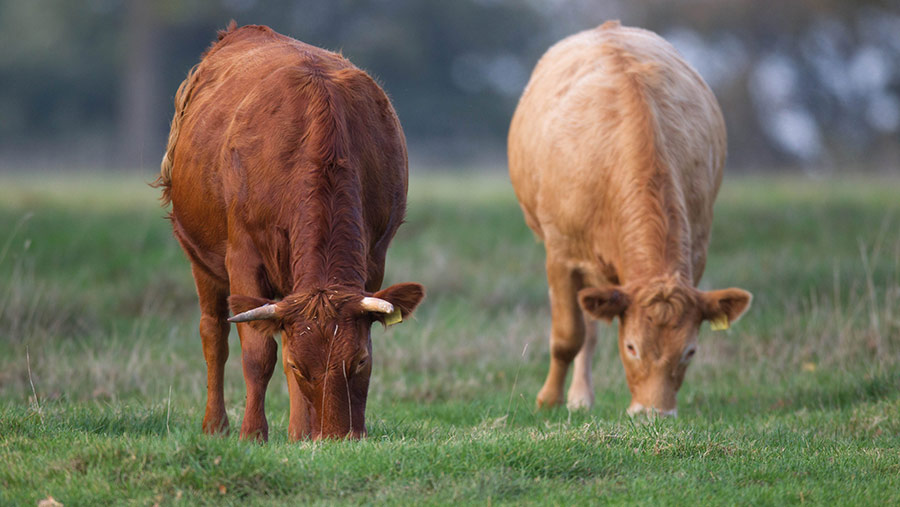 The National Food Strategy review, commissioned by the government in 2019 and led by businessman Henry Dimbleby, was published last week to much media attention.

Headlines latched on to calls for a “sugar and salt tax” in an attempt to improve the national diet, with some accusing the food entrepreneur of trying to perpetuate a “nanny state” mentality.

But from an agricultural point of view, there were some far more significant recommendations which the government will be considering as it draws up a new White Paper in the coming months.

One of the most alarming was in the area of meat consumption. While acknowledging that careful livestock farming “can be a boon to the environment”, Mr Dimbleby believes our current appetite for meat “is unsustainable” and some land taken up to feed animals should be put to other uses.

“We simply cannot reduce methane emissions to a safe level, nor free up the land we need for sequestering carbon, without reducing the amount of meat we eat,” he suggests.

The report argues that half the meat eaten in the UK is processed mince and this should be replaced via a “protein transition” over the next decade in which the public are actively encouraged to eat fermented plant protein and other meat-free alternatives.

Cutting back meat and dairy intake by a third would allow farmers to return 20% of the most unproductive land to natural habitats, such as wooded pasture grazed by rare breed cows, biodiverse forests and rewetted peat bogs, he suggests.

However, Mr Dimbleby’s claims about meat and dairy have been challenged.

For example, his report argues that intensively reared meat is actually better for the environment than extensively reared, as indoor animals grow faster and have fewer health issues, enabling them to reach slaughter weight sooner, thereby emitting less methane over their lifetimes.

But the Sustainable Food Trust remains to be convinced, suggesting the report “misinterprets key evidence” in this regard.

“We need to differentiate between the intensively farmed animals which are part of the problem and the pasture-fed cattle and sheep which are absolutely part of the solution,” says chief executive Patrick Holden.

The report is also critical of the UK’s global performance in terms of greenhouse gas emissions from cattle, putting it somewhere in the middle, alongside Yemen and Afghanistan.

This compares unfavourably with countries such as Denmark and is used to justify the recommended 30% cut in meat consumption.

But John Allen of Kite Consulting says this too is misguided, explaining that the National Food Strategy document draws from a 2018 report by academics Joseph Poore and Thomas Nemecek, which prescribes a mean carbon footprint of 50kg of carbon dioxide for every 100g of beef and 3.2kg of carbon dioxide a litre for dairy.

“This is a global dataset, yet UK data shows a carbon footprint for milk at around a third of that quoted figure, while for beef it is less than 30%,” he says.

“The fact that methane is misrepresented through conversion to carbon equivalents is still not being fully recognised,” he says.

“There couldn’t be a more misleading or distorting way of measuring the footprint of our food, and it’s no wonder consumers are confused, and policymakers make bad decisions.”

What else does the National Food Strategy recommend?

How have people reacted?

On the “three compartment model” of land use: “We remain concerned that the government’s determination to take areas of agricultural land out of production altogether will force intensification on the remaining area. We believe its environmental and climate change targets can be reached by farming more in harmony with nature.” Patrick Holden, Sustainable Food Trust

On trade and food standards: “The government is asking farmers to change the way they farm for the public good. The National Food Strategy rightly insists that we must ensure farmers are properly recompensed for this and protected from unfair competition.” Prof Michael Winter, University of Exeter

On diet and education: “I agree that we should be supporting everyone to eat more fruit and veg, something our farmers can support by growing more, and there should be more focus on educating our children about valuing and understanding the food they eat and how it has been produced.” Minette Batters, NFU

On the pace of change: “We are pleased to read the recommendations for a sensitive transition from BPS to ELM in order to protect rural economies, communities and the countryside.” Phil Stocker, National Sheep Association

On plans to boost “meat alternatives”: “We warmly welcome Henry Dimbleby’s call for the government to provide meaningful funds for innovation and we would urge ministers to take the potential of cultured meat seriously. It’s real meat, but with a far lower carbon footprint.” Russ Tucker, Ivy Farm (cultured meat producer)