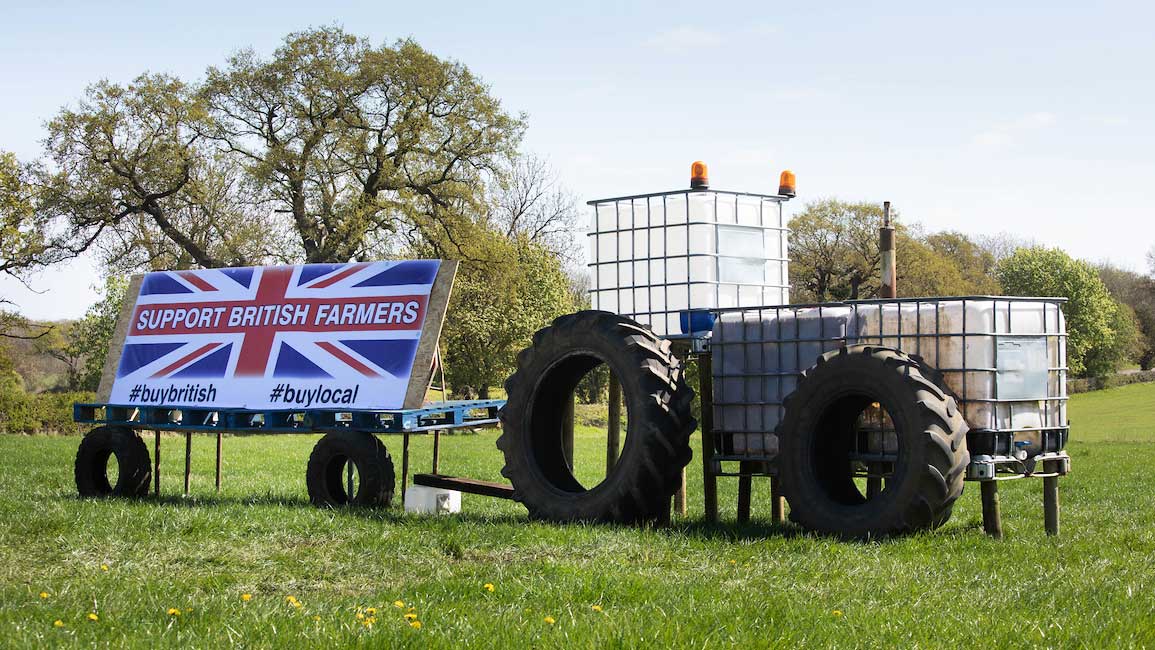 MPs and other parliamentarians will be urged to back British farmers next week ahead of a crucial four months of Brexit negotiations.

With the clock ticking, talks between London and Brussels will be ramped up in the coming weeks to secure a free trade agreement.

This is seen as essential for the UK and EU to continue trading without tariffs, quotas or other barriers after the Brexit transition period ends on 31 December.

Without a deal, trade between the UK and EU will be left on World Trade Organization terms and tariffs – a scenario NFU president Minette Batters has repeatedly warned would be catastrophic for Britain’s growers and livestock producers.

To highlight the importance of UK agriculture, politicians will be asked to sign a pledge to “Back British Farming”. And in a visual display of support, MPs will be asked to wear British wheat lapel badges during prime minister’s questions on Wednesday, 9 September.

The NFU says this year is also a chance for farmers to remind MPs, peers and the UK government that it is vitally important to uphold British food and farming standards in any future trade deals negotiated with the US and other countries.

Previous years have seen scores of parliamentarians put pen to paper – keen to demonstrate their backing for an agri-food sector that the union says is worth more than £120bn to the national economy each year, employing more than 4m people.

Similar numbers are expected to pledge their support this year. But it is worth remembering that many of those signing the pledge will have voted earlier this year against an Agriculture Bill amendment to enshrine British farm standards in legislation.

MPs are being invited to show their support for farming by wearing a wool and wheatsheaf pin badge in Westminster on Back British Farming Day (9 September).

The badges are made of British wheat and wool and symbolise the importance of food and farming in Britain.

MPs are being urged to post a photograph of the badge, quoting what farming means to them using the hashtag #BackBritishFarming.

If they visit a farm over the coming weeks, they are asked to take a photo and post it on social media alongside the hashtag.

This autumn will be crucial for the future of domestic farm policy as the Agriculture Bill returns from the Lords to the Commons for further scrutiny before it is eventually passed into law. And with a big government majority, few substantial changes are expected.

As a gentle reminder that changes are needed, the NFU will use the day to launch a report highlighting the importance of protecting British farmers and growers from a flood of cheap food imports produced to standards that would be illegal in the UK.

It follows an NFU petition – signed by more than 1m people and backed by celebrity chef Jamie Oliver – calling on the government to maintain a ban against imports of foods such as chlorinated chicken or hormone-implanted beef from the US.

There are other issues too. The UK horticultural sector remains heavily dependent on seasonal workers from overseas – and the NFU says a large-scale seasonal agricultural workers’ scheme is needed to prevent crops from rotting in fields at harvest.

Further worries include food security. The union wants the government to report on the UK’s food security situation each year – rather than every five years as the bill proposes – to prevent any further decline in agricultural self-sufficiency.

For its part, the government has established a trade and agriculture commission to ensure its new trade policies uphold British standards and secure export opportunities for UK farmers. While a step in the right direction, concern remains that the commission’s role is advisory only.

MPs – what backing British farmers means to them

“As a former full-time farmer, I know it can be a tough job out there. Events like Back British Farming Day raise awareness and give farmers a real national boost. It shows people care, are on their side, and it reminds everyone to support jobs and the rural economy here in Britain by buying high-quality locally produced food”.
Neil Parish, Conservative MP for Tiverton and Honiton and chair of the Environment, Food and Rural Affairs select committee

“Back British Farming means buying more locally sourced food. It means protecting our world-class food and environmental standards in future trade deals. It means continuing to financially support our farmers for the work that they do feeding us and maintaining our country’s awesome landscape. And it also means keeping tariff-free access to our farmers’ biggest market – the EU.”
Tim Farron, Liberal Democrats MP for South Lakes

“For me, Back British Farming is about more than buying locally; the whole industry deserves respect. Backing British farming is Backing Britain itself. Our farmers keep us fed – through floods, droughts and even pandemics – to the very highest production and environmental standards. It’s my privilege to represent the farmers of Brecon and Radnorshire as their member of parliament.””
Fay Jones, Conservative MP for Brecon and Radnorshire

“Back British Farming Day is a time to thank our farmers for their stewardship of the countryside and for keeping the nation fed. With so many farm businesses under pressure, allowing cheap food produced to lower standards abroad into the UK could finish many farms off. I am not only backing British farming today, but I will continue to push for a change in the law to protect our rural communities.”
Luke Pollard, Labour MP for Plymouth and shadow Defra secretary

Back us to help feed the nation, says Brexiteer farmer

Rutland mixed farmer Monty Andrew says the government must do more to support British farmers and local producers to help feed the nation.

“To me, Back British Farming means supporting British farmers like me to supply the country with good quality, affordable food,” he told Farmers Weekly.

“My primary role is to support the nation and keep people fed. We have got to do it as cheaply as we can, so that food prices don’t become unrealistic.” 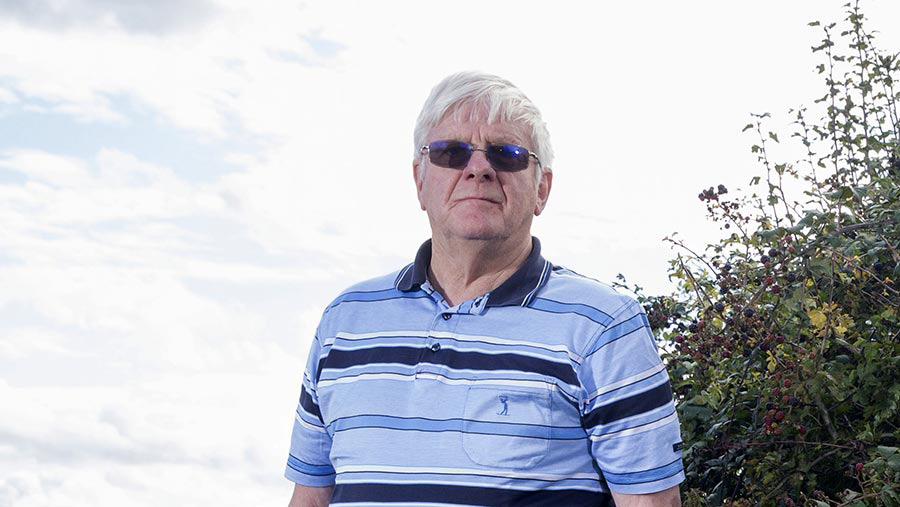 Mr Andrew, a staunch supporter of Brexit, said the balance must be shifted to give primary producers a bigger share of the profits. “There is a big gap between what reaches the farmers and the person who pays for it.

“The supermarkets have got to look at themselves. We need a proper price for the food we produce.”

“The new green schemes will have to be paid for by the farmers before they get the money – everything from equipment, hedging and seeds,” he said.

“The government should look to pay farmers up front – and then come and see if the job has been done properly. If not, then do something about it.”

NFU President Minette Batters said: “Back British Farming Day is all about showing the public and MPs all that food and farming in this country delivers, from providing nutritious, affordable, climate-friendly food for the nation to protecting and enhancing our natural environment.

“We have a fantastic story to tell and it matters now more than ever to tell it. I want farmers across the country to be loud and proud and showcase what we produce and why the nation should #BackBritishFarming.”

Here are five ways you can get involved: