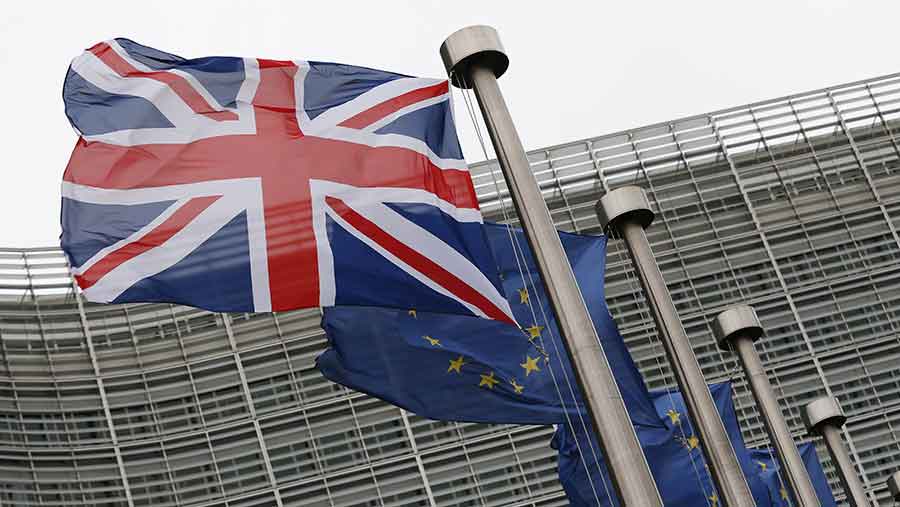 Further measures to help cash-strapped farmers are expected to be announced by the European Union following meetings between industry leaders and farm ministers in Brussels.

The meeting comes ahead of a European farm council meeting between farm ministers from all 28 EU countries.

European farm commissioner Phil Hogan is widely expected to use the council meeting to announce a number of support measures, including for dairy, pig and vegetable producers.

NFU president Meurig Raymond said: “The UK food and farming sector is worth £103bn and employs 3.8 million people – 13.4% of the UK workforce.

Farmers’ representatives say measures announced by the EU last autumn have failed to do enough to help farmers ride out an ongoing cash crisis.

The NFU is calling for the lifting of tariffs on fertiliser imports, new financial instruments with the European Investment Bank and work to ensure farmers get a fair deal from the supply chain.

Mr Raymond said: “We are working at every level – local, national and European – to find new ways to take the burden off our struggling farmers.”

Producers have been hard hit by a commodity slump across a range of farm sectors, including dairy, livestock and combinable crops.

Although farm input prices have eased in the UK, they have not done so by enough to offset the much broader slump in the value of farm output.

At the same time, the situation has been exacerbated by delays to farm subsidies which has left thousands of producers waiting much longer than usual for their annual support payment.

Protests to highlight the cashflow crisis on farms have been ramped up over recent days including demonstrations in Scotland, Ireland, France, Italy and Spain.

The pressure group Farmers For Action has organised a further protest to take place in London on Wednesday, 23 March.

They include an increase in the milk intervention price, extension of private storage aid for pork and dairy products and the removal of fertiliser import tariffs.

Copa-Cogeca secretary-general Pekka Pesonen said: “Farmers and agri-cooperatives face serious cashflow problems and many are being forced out of business.

“They were badly affected when we lost our main export market – Russia – worth €5.1bn [£3.95bn] overnight as a result of international politics.

“Input prices are rising and the collapse in oil prices has put pressure on commodity prices. The situation is unacceptable.

“The €500m [£387m] package released by the EU last September is a drop in the ocean and cannot deal with the bad situation and only 25% of the aid has been paid out.

“The EU must act now or it will be unable to feed a growing population in the future.”