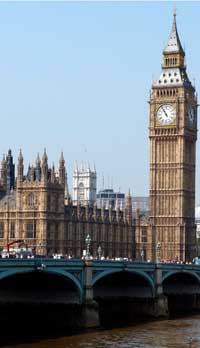 Government departments would be forced to buy food produced to British standards under a Conservative leadership.

Under the scheme, Whitehall departments would be forced to buy food that has been produced to the same high standards as that produced in the UK.

Mr Herbert said he would also set up an advisory panel to look at ways to encourage other government bodies, including the National Health Service and the armed forces, to buy British food.

“Government must show a lead in the amount of money it spends on procuring food from the UK,” he told an earlier NFU fringe meeting on Monday (5 October).

“It’s terrible that 40% of vegetables and meat used by the NHS aren’t British, or that not one rasher of bacon served to our troops comes from the UK.

“We can’t tell people in Whitehall that they must buy British, but we can expect [that the scheme] would lead to considerable increased in the amount of food sourced from Britain.

“We would then want to extend that policy across the public sector.”

Shadow farm minister Jim Paice said it was clear something needed to be done about public procurement, but international trade laws prevented the government from forcing departments to buy British.

“We want to persuade and encourage schools and hospitals to do what we say by realising how it will benefit them,” he told an NFU fringe event.