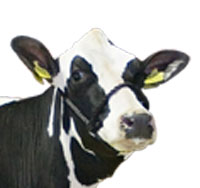 Government officials are considering the introduction of a bovine electronic identification scheme that could spell the end of cattle passports.

The potential role and cost of bovine EID is being discussed by a DEFRA stakeholders group in the hope that it would benefit the sector and reduce the risks associated with manually recording cattle movements.

Although farmers resisted the introduction of individual recording and EID in sheep, proponents argue there are big advantages for cattle, especially as dairy and beef animals are already individually identified and movement recorded.

An electronic identifier attached to each animal could prove to be much better than the current system of a bar-coded paper passport, said Alastair Sneddon, chairman of the Livestock Auctioneers Association.

Farmers in several overseas countries, including Australia, were already using EID to exploit a broad range of parentage and performance data to develop better genetic evaluations, particularly for beef production.

“Bovine EID could offer real benefits,” said Mr Sneddon. “It could also be used by producers as a management tool for milk recording and feeding, as well as capturing breeding data, health status and carcass weight and grading.”

All farmers would have to adopt bovine EID within two or three years if all the advantages and efficiencies were to be realised, said Mr Sneddon. There would also have to be “buy-in” from all sectors, he added.

A major stumbling block is the need for an effective central database, according to Kim-Marie Haywood, director of the National Beef Association. “We support the idea, but we do have some caveats,” she said.

Any database must be easily accessible, especially for those farmers who currently lacked adequate internet access. An EID scheme should also be introduced on a voluntary basis, before it was made mandatory.

Introduction of bovine EID is believed unlikely before 2012. A DEFRA spokesman said talks were still at the scoping stage, with no firm commitment or timeline for implementation. Further talks are expected later this year.

“There are currently no EU requirements for bovine EID, but we are awaiting formal proposals from the commission,” said the spokesman. “DEFRA has no plans to unilaterally introduce bovine EID without a European mandate.”