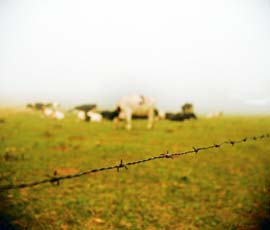 Measures to control the bovine tuberculosis outbreak in Cumbria have been tightened.

All cattle herds within a 3km radius of the breakdown herd will be tested as vets and DEFRA officials attempt to establish how the disease arrived in the previously clean area of the county. Twenty-three eligible premises have been identified within the area. Cattle will be skin-tested, twice in 12 months. In addition to extra testing Animal Health will be establishing an Enhanced Wildlife Surveillance Zone. Within this area, which is larger than the extended testing area, the bodies of all dead badgers and deer that are found will undergo TB testing.

DEFRA has asked anyone who finds dead badgers and deer within the area to get in touch with their local Animal Health office.