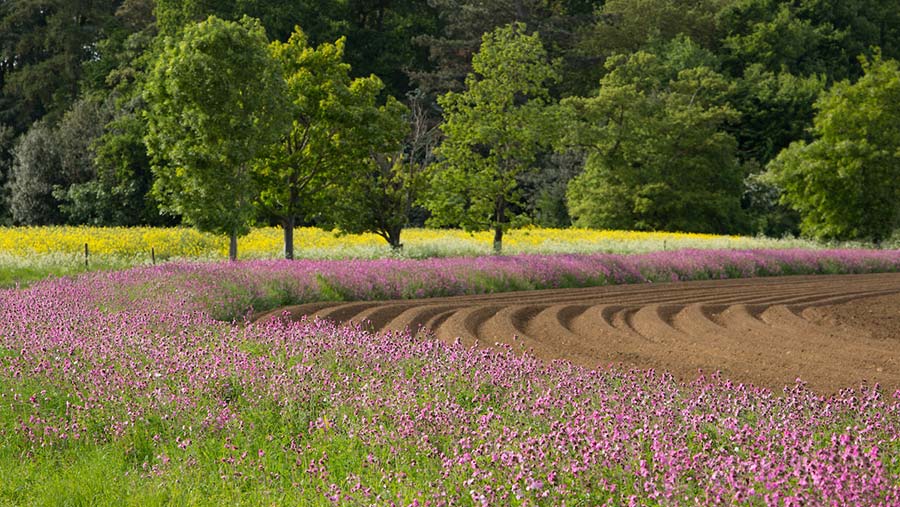 Doubts have been raised about the viability of Defra’s planned Environmental Land Management (ELM) pilot scheme, with the government still undecided about what environmental outcomes it wants or how much money it will offer farmers to deliver them.

The criticism is contained in a new report from the National Audit Office (NAO), called An early review of the new farming programme.

In it, the NAO notes that the three-year national pilot for the ELMs, which will eventually replace direct payments, is due to get under way in 2021

“But Defra is not planning to set out its payment methodology until March 2020 and its payment rates until June 2020 – less than a year before sign-up to the national pilot starts,” says the report.

“It has not provided the necessary guidance to enable farmers to plan how to adapt their businesses or how to work collaboratively with other farmers.”

The NAO also notes that Defra has scaled back its target for farmer take-up in the first year of the ELMs pilot, from 5,000 farmers to 1,250.

This raises question about whether the pilot will be sufficiently robust to inform further development of the programme.

Once ELMs is fully operational, in 2028, Defra anticipates that some 82,500 farmers will be taking part – 97% of those who currently claim direct payments.

But the NAO report suggests this may be ambitious, given that less than 20,000 have signed up to Countryside Stewardship after four years in operation.

“If take-up is low, Defra will need to find alternative ways to achieve environmental benefits,” says the report.

“Farmers who do not participate may leave farming or replace direct payment income by adopting more intensive farming methods that could damage the environment.”

The NAO is also concerned that the IT systems for delivering ELMs may struggle, given that many key decisions have yet to be made.

“We have seen the woeful consequences for the farming industry of previous government failures,” said Meg Hillier MP, chairwoman of the Committee of Public Accounts.

“Defra must urgently review its plans, to make sure they are realistic and that farmers are not let down again.”

However, Defra farming minister Robert Goodwill remains optimistic that the pilot and the full scheme will be delivered as intended.

“We do not underestimate the scale of the task in implementing the new ELM scheme, which is why we are involving such a wide range of stakeholders in its development,” he said.

“We will be running a national pilot over three years to test the policy and make sure we get it right, implementing the lessons learned into the final scheme.”

“We agree with the NAO’s findings that timescales are incredibly tight to develop a successful scheme. Any new ELM scheme must be simple and straightforward and have farming at its heart.

“It must be accessible to all farmers and farm types across the country, allowing them to choose what they want to deliver on – whether that be improvements to soil, air or water quality, enhancing our natural capital, as well as wildlife.”
Guy Smith, deputy president, NFU

“The poor administration of agri-environment schemes over the past few years has really dented the confidence of farmers in wanting to participate in future schemes, so there is a job of work for Defra to do in rebuilding that confidence, and quickly.

“This is not helped by the cul de sac we have entered in terms of policy development. The testing and trials work on the ELMs has all but stalled and the wider policy environment is awaiting progress on the Agriculture Bill, which has not seen the light of day since November.”
George Dunn, chief executive, Tenant Farmers Association

“The NAO identifies an overall lack of impact assessment of the new ELM system and programme on farm incomes, and therefore the farmed land and food supply.

“We agree with the NAO that more farmers need to be incentivised to join the ELMs trials, to include a wider range of farm sizes and sectors and other land managers – especially those who have not had previous experience of agri-environment schemes.”
Vicki Hird, campaign co-ordinator, Sustain

“Defra itself has highlighted that moving to a system of contracts with farmers to deliver public goods – mainly environmental outcomes – is something that has not been tried before anywhere in the world.

“While the CLA is supportive of this innovative departure in policymaking, this should go hand-in-hand with a recognition of the requirements and risks of designing and delivering the new ELMs.”
Harry Greenfield, senior land use policy adviser, CLA