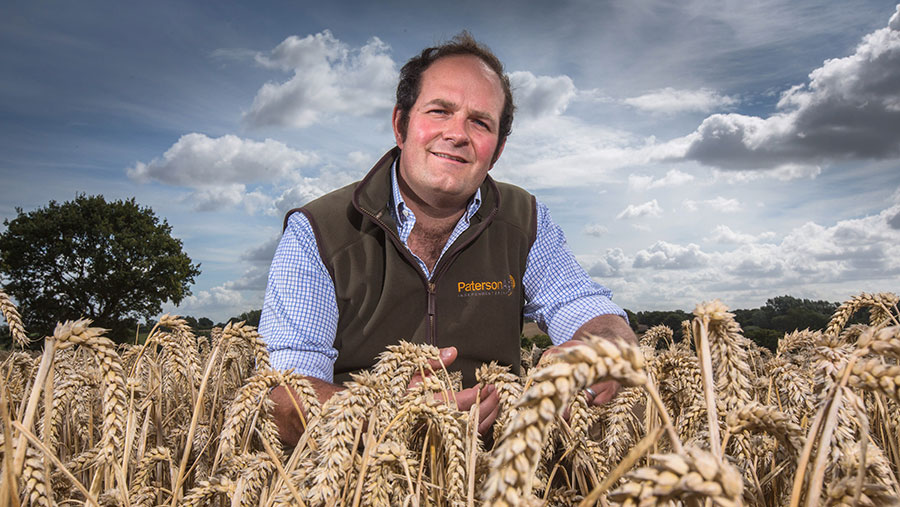 Essex farmer and contractor Tom Bradshaw says he will stand for NFU vice-president in the union’s leadership elections next February.

Mr Bradshaw, who chairs the NFU combinable crops committee, is a farmer and contractor from Fordham, near Colchester.

All three NFU leadership roles – president, deputy president and vice-president – are due to be contested in the union’s biennial officeholder elections in February 2019.

Mr Bradshaw has so far received two nominations to challenge for the vice-presidential role – from farmers in Hertfordshire, as well as his home county of Essex.

Further nominations – for Mr Bradshaw and other candidates – could follow as more NFU county branches hold their AGMs during the autumn and winter months.

Securing a fair deal for farmers after Brexit is set to be a key issue during the union elections.

The future of the industry would be decided over the coming decade, said Mr Bradshaw, who runs a small family farm, alongside a larger contract farming business.

“We are in a period of change,” he told Farmers Weekly. “We need to be forward-thinking – we need to look for the opportunities that are going to exist.

“This isn’t going to be something that is resolved in two years – it will more likely take five to 10 years before we know where we are with trade deals, new regulations and everything else.

“This is something I see as a long-term opportunity and commitment – I think now is the time for the younger and enthusiastic generation to come through and really drive things forward.”