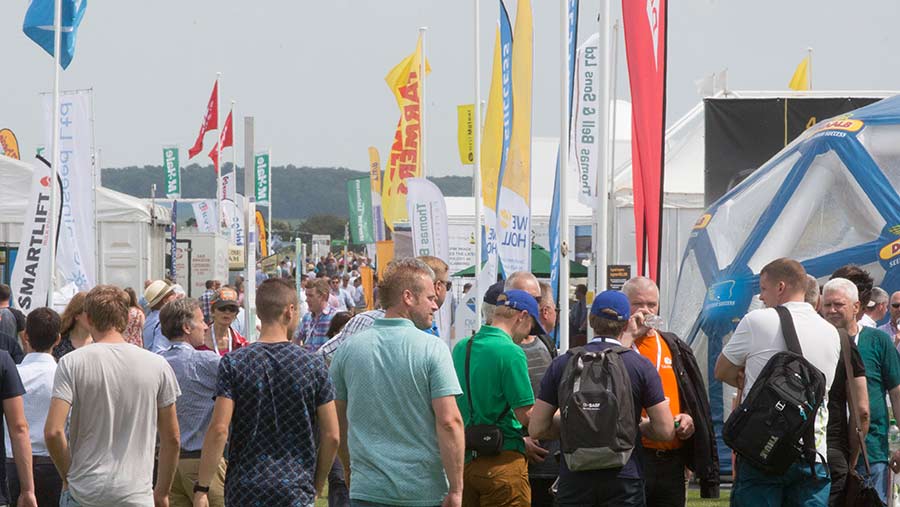 Growers are being urged to invite MPs on to their farms this harvest as part of a major campaign to highlight the importance of the cereals sector to the UK’s food and drink industry.

Launched by the NFU on the first day of Cereals, the Your Harvest campaign aims to raise the political profile of the arable sector – and emphasise its contribution to the economy – as the government prepares to publish its Agriculture Bill detailing its policies for farming after Brexit.

See also: A pick of the latest kit on show at Cereals 2018

It comes amid concern that the government’s determination to deliver a “green” Brexit risks failing to recognise that farmers are primarily food producers and businesses in addition to their role as stewards of the countryside and the rural environment. 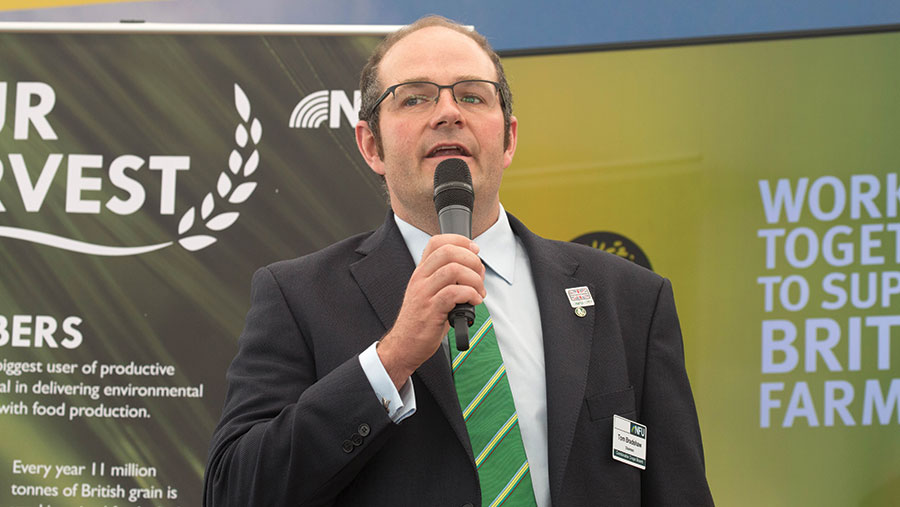 The future for the cereals sector – including farm support, productivity and pesticides – was among the key topics for the two-day Cereals event, being held on Wednesday and Thursday (13-14 June) at Chrishall Grange, Duxford, near Cambridgeshire.

NFU combinable crops chairman Tom Bradshaw said: “The arable sector has a brilliant story to tell and never has there been a more important time to tell it. We all have a responsibility to show how we grow the crops which form the bedrock of the UK’s food and drink sector.”

Inviting politicians on farm could be an excellent way to build relationships with MPs, said Mr Bradshaw. It could also help press home the point that farmers provide the raw materials for a UK food and drink industry worth £112bn and employing nearly 4 million people.

“Setting aside a couple of hours to host a visit during a busy time such as harvest when there’s lots to see is definitely worthwhile,” Mr Bradshaw said. “It will give you the opportunity to inform their thinking on key issues for the arable sector – and make it a day to remember.”

Mr Bradshaw, who farms near Colchester, Essex, said the campaign goal was to promote a positive perception of the industry. “The future of agriculture and of the cereals sector in particular is in the hands of politicians. Being too busy to influence your MP is no excuse.”

It was vital that the government and MPs recognised the economic value generated by farmers in addition to the environmental benefits provided. “The arable sector is the cornerstone of agriculture in the UK – producing livestock feed in addition to food and drink ingredients.”

Without a viable arable sector, the UK would have to import more food. This would have a knock-on effect for the food and drink sector and would effectively export food and drink manufacturing to countries where costs and standards were often lower.