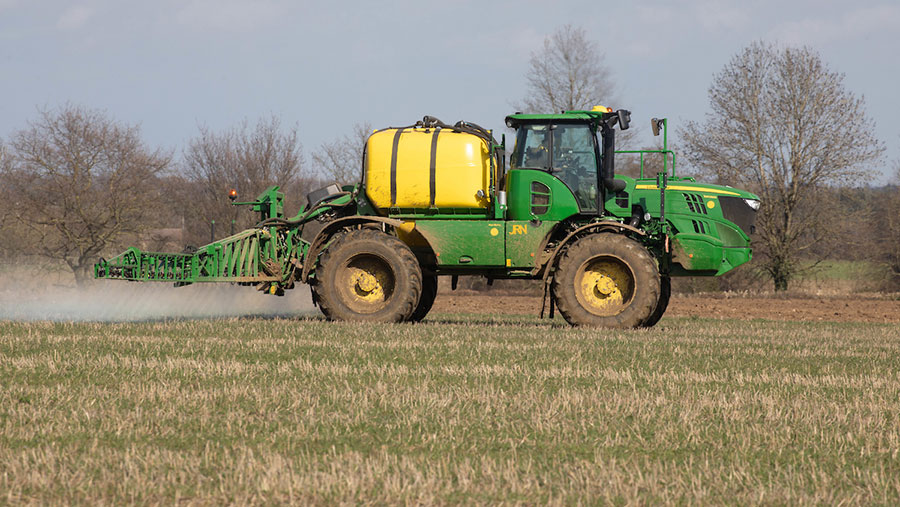 The EU has postponed its decision over whether to renew the licence for glyphosate from December to 2023, which under post-Brexit government policy could see the weedkiller approved for use in Britain until at least July 2026.

The European Chemicals Agency (ECHA) and the European Food Safety Authority (Efsa) are the two EU agencies tasked with assessing the potential health and environmental risks linked to the weedkiller.

The agencies said they had pushed back their final assessment of glyphosate to mid-2023 after receiving an “unprecedented” number of responses to public consultations.

Glyphosate is currently approved for use in the EU until 15 December 2022.

But the European Commission is expected to propose a temporary extension of its licence to cover the period while it remains under assessment.

Since 1 January 2021, after Brexit, an independent pesticides regulatory regime has been in operation in England, Scotland and Wales.

The UK government previously announced that all active substances due to expire between 1 January 2021 and 31 December 2023 would be granted a three-year extension under the new GB pesticides regulation regime.

This would allow time to plan and implement the new GB active substance renewal programme.

Therefore, the EU’s latest announcement on glyphosate means the UK government is expected to extend the use of glyphosate use in Britain until at least July 2026.

A Defra spokesperson said: “The UK is independent of the EU and this government can take its own decisions based on our own assessment to reflect what is best for the UK and the environment.

“All active substances’ approvals due to expire in the first three years following the end of the transition period were extended to for three years to allow the development of a GB active substance renewal programme – this includes glyphosate and we retain the ability to bring reviews forward if new evidence suggests this is warranted.”

In a joint statement, the ECHA and Efsa announced on Tuesday (10 May) they had revised the timeline in the re-evaluation process of glyphosate due to an “unprecedented number of comments” on a draft assessment report published last summer.

Contributions submitted by experts and stakeholders “have resulted in a file of approximately 3,000 pages”, the agencies explained.

A Bayer spokesperson said: “Bayer remains committed to complying and contributing to all aspects of the EU’s ongoing process to reassess glyphosate as required by EU law in a transparent and timely manner and based on the best available science.”