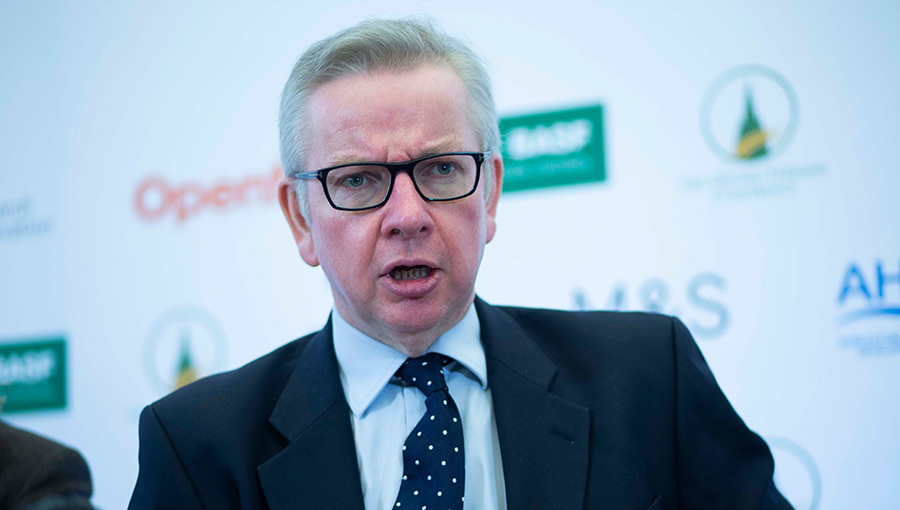 Industry leaders say they are unable to respond properly to a raft of government consultations affecting farmers until the government resolves uncertainty over a no-deal Brexit.

The warning is contained in a joint letter sent by more than 30 food and farming leaders to Defra secretary Michael Gove.

“Businesses throughout the UK food chain – and their trade associations – are now totally focused on working to mitigate the catastrophic impact of a no-deal Brexit,” says the letter.

“Large amounts of time, money, people and effort are being diverted to that end.”

The letter adds: “At this moment of potential crisis for our industry, it cannot be ‘business as usual’ within government.

“Neither we nor our members have the physical resources nor organisational bandwidth to engage with and properly respond to non-Brexit related policy consultations or initiatives at this time.

“Government has recruited many extra staff – we cannot.”

Sent on 8 February, the letter urges Mr Gove to place on hold a range of current and planned consultations that will affect the food and farming sectors.

It warns: “If government seeks to press ahead with these consultations it will be seen by some as a sign of bad faith and many organisations may decline to respond.”

Defra consultations where the government’s timetable should be paused include three that are already under way, says the letter.

These include the government’s fitness check of the water framework directive and the floods directive; and the consultation on improving water management in the environment.

The third consultation is on protecting and enhancing England’s trees and woodlands, which includes plans to strengthen the protection of wooded landscapes.

In addition, the letter also calls for a delay to the government’s expected consultation on its national action plan on the sustainable use of pesticides.

Other forthcoming consultations include the clean air strategy on urea fertiliser use; consulting on a chemicals strategy; and setting targets for the 25-year environment plan.

As well as the NFU, AIC and Dairy UK, signatories to the letter include the Food and Drink Federation, British Growers Association and British Poultry Association.