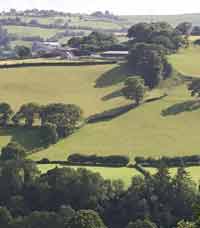 Farming leaders have urged the new DEFRA minister to help them keep UK agriculture competitive in the face of swingeing budget cuts.

Welcoming the appointment of Caroline Spelman as DEFRA secretary, NFU president Peter Kendall said the NFU was committed to playing its part in the “hard and difficult work” the coalition government faces.

“The scale of action needed to reduce the budget deficit is extraordinary and will impact across every area of government,” he said.

“I recognise that DEFRA will not be immune from the measures that need to be taken.

“For us, protecting the competitiveness of the food and farming sector is paramount.

“The challenge of ensuring food supplies for the UK and the rest of the world is simply too great and too serious for it to be put at risk.”

Mr Kendall said the NFU would be looking closely at emerging policy statements to make sure any cuts that were made went towards helping farmers and growers compete.

“In the past, the UK’s negative stance on CAP has often left it isolated within Europe and we hope that the new minister will take a more positive view of the benefits delivered by such support,” he said.

“We also hope this will mark the beginning of an improvement in the relationship between the industry in Scotland and DEFRA, which has been strained in the past.”

The Country Land and Business Association said Mrs Spelman and the coalition government had a “golden opportunity” to revive the rural economy,

“Issues such as reform of the CAP, the overall regulatory burden on farmers and the future of the Uplands will all be in the new Secretary of State’s red box and I look forward to my first meeting with her,” he said.

“We look forward to working with the new government to identify where land managers can play their part in mitigating climate change and in helping to reform a planning system which needs a massive overhaul if rural businesses are to be allowed to grow.”

The Tenant Farmers Association said it was ready to play its part in working with DEFRA and the new administration to improve the future of agriculture.

“I am hopeful that the new administration will take time to understand more about the workings of agriculture and in particular its tenanted sector,” Greg Bliss, TFA national chairman.

“Much of recent policy has displayed a disappointing lack of understanding which must not be repeated.”

It was important ministers appointed to DEFRA had an understanding and empathy with the farming community, he added.

• To have your say on Mrs Spelman’s appointment click here.