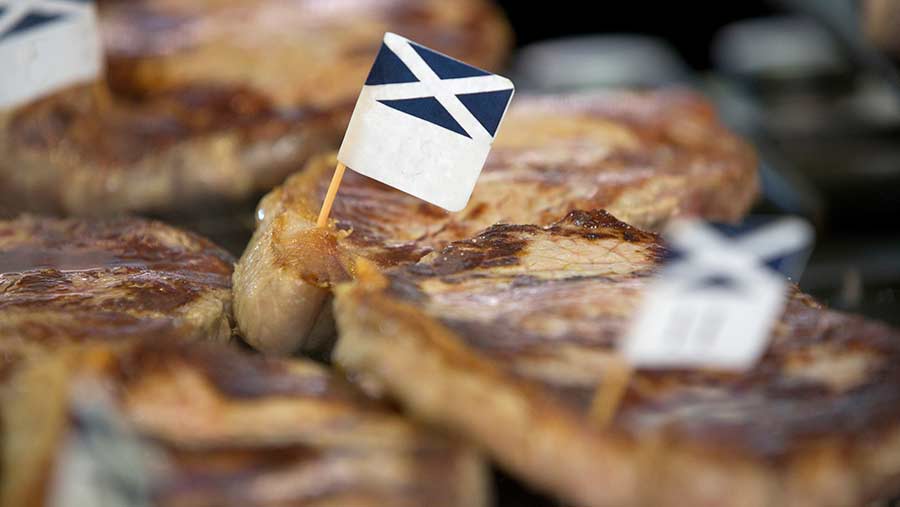 New national food security structures will be established in Scotland, including a new Food Security Unit inside government which, working in collaboration with industry, will monitor risks, identify how to protect food production and supply, and respond rapidly to threats.

The Covid-19 pandemic, the fallout from Brexit and the impact of Russia’s illegal invasion of Ukraine have placed greater strain on both domestic and global food supply chains.

Speaking at the Royal Highland Show, in Ingliston, near Edinburgh, Mairi McAllan, MSP, minister for environment and land Reform, committed the Scottish government to new food security structures in Scotland.

The taskforce should offer assurances that Scottish government will be able to act “quickly and nimbly” to any shocks, she told delegates at a QMS breakfast briefing.

“While current supplies are secure, there has never been a bigger strain on short supply chains for many years,” said Ms McAllan.

NFU Scotland president Martin Kennedy said “the penny was finally dropping” with both the Scottish government and UK government of the vital need for the UK to secure its own domestic food supply.

“It is really important that governments understand what is happening on the ground,” Mr Kennedy told a press briefing.

“We, as an industry, tend to look far forward into the future – years in the future. We need governments now, and everybody, to be honest, to look at the reality and implications of what would happen if we stopped producing food and agriculture in Scotland.”

“What is probably very important now, given the Ukraine crisis, is that if we don’t produce it here… we will import our product from somewhere else,” he warned.

“We don’t want to be part of that reason for humanitarian hardship in other parts of the world because they can’t afford to produce it or compete.”

James Withers, chief executive of Scotland Food and Drink, said: “Food security is going to be the dominant global theme over the next decade.

“The horrors unfolding in Ukraine has brought it into stark focus, but the climate emergency means it is an issue here to stay.”

Last week, the UK government committed in its National Food Strategy to broadly maintain the current levels of domestic food production, which is about 60% of all the food we consume.

Meanwhile, Ms McAllan confirmed that subject to the approval of Scottish parliament, farmers and crofters will receive their Basic Payment Scheme (BPS) and Greening payments in September – about a month earlier than planned.

More than £200m to back innovative projects

Projects which aim to boost food security in Scotland and address the biodiversity and climate crises will benefit from a major Scottish government funding programme.

The programme will support more than 150 projects over the next five years, including:

Speaking at a QMS breakfast briefing at the Royal Highland Show, Ms Sturgeon said: “The support confirms our determination, in a tough financial climate, to ensure that Scotland continues to make an important contribution to research on agriculture and the environment, contributing to the success and sustainability of our farming and food sectors.”