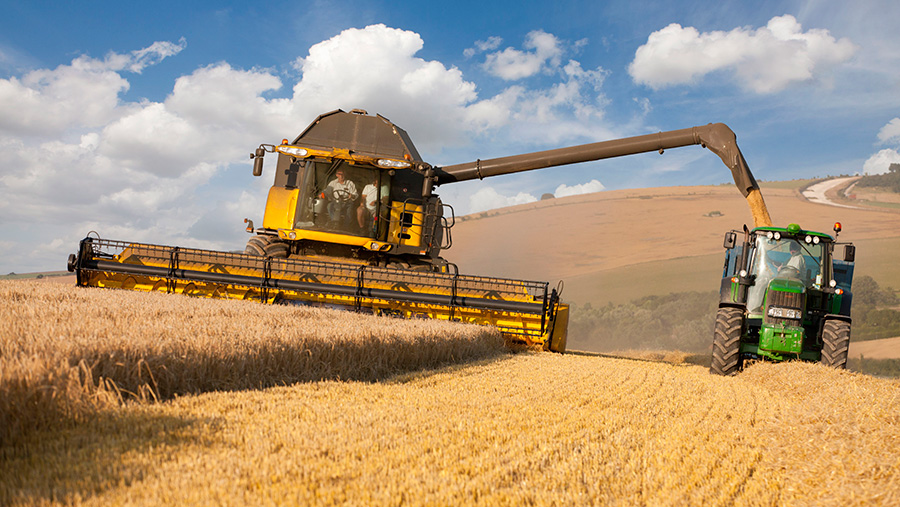 Cuts to farm support as the government phases out direct payments risk compromising domestic food production, the NFU has warned.

Any cuts must be fair for all active farmers, said the union – rather than targeting bigger or smaller producers, as outlined in government plans to replace direct payments with a system based on environmental measures after the UK leaves the European Union.

The government has proposed three ways of phasing out direct payments: a simple cap on the maximum amount received by individual farms, bigger reductions for farmers who receive higher payments, and a mixture of the two.

But the NFU favours a fourth way. It argues that cuts must be equitable and fair for all active farmers regardless of size. And it insists that direct support should only be reduced if the money is delivered back to farmers in the form of environmental payments.

The idea that money “freed up” from cuts in direct payments should remain ring-fenced for farmers is opposed by conservationists, who believe other groups should be able to bid for contracts to deliver environmental work in the countryside. But the NFU regards it as fundamental.

Many farmers are likely to need 10 years to adjust to life after Brexit – rather than the five years suggested by Defra secretary Michael Gove – NFU chief Brexit adviser Gail Soutar told producers at a meeting in Salisbury, Wiltshire, on Monday (19 March).

The NFU was also “deeply concerned” at the apparent lack of Defra focus on the economics and importance of domestic food production, and the need for the UK to retain a safe, secure and traceable domestic food supply base, she added.

Tisbury farmer and contractor Matt Fry said food production, rather than the environment, should be at the heart of the post-Brexit policy for agriculture. “As they stand at the moment, all of the government’s proposals are likely to reduce the profitability of farming,” he said.

That view was echoed by dairy farmer Simon Martin, who milks 800 cows at Nunton Farm, south of Salisbury. He said: “We have to focus on the importance of food – it has been missed out by the government and it is a key element of what we do.”

Will Dickson, who farms beef, sheep and arable at Wick Farm, Downton, said the government had overlooked the need for a profitable agricultural sector. “Food production is our core business and that is what we should be rewarded for,” he said.

NFU meetings to inform the union’s formal response to the government’s proposals are taking place across England over the coming weeks. Farmers who would like to attend a meeting should contact their regional NFU office.

Defra said the consultation is the start of a conversation, not a conclusion. The deadline for responses is 8 May.